ZeroMQ is an open-source messaging protocol and networking library that makes it very easy to network threads and processes together using sockets. There are implementations available in a variety of programming languages, including Java, but the use of ZeroMQ in Clojure is an under-explored territory.

After using ZeroMQ in a number of personal projects and contributing to a Java ZeroMQ library, I have identified some of the strengths and pitfalls of using ZeroMQ in Clojure. In my talk, I will share with you some of the things I've learned and my recommended approach to writing distributed Clojure applications via ZeroMQ.

For those with less experience with ZeroMQ or inter-process communication, this talk will also serve as a quick introduction to these topics. I will talk briefly about what ZeroMQ is, why it's awesome, and what you can do with it. If you're interested in building distributed Clojure programs that talk to each other over sockets, then ZeroMQ might be just what you need!

Dave Yarwood is a composer, musician, and software engineer at Adzerk, where he uses Clojure and ClojureScript to build UIs, APIs, and backend services. In his free time, he maintains Alda, a programming language for music composition. Dave holds a Bachelor of Music degree from the University of North Carolina at Chapel Hill.

Developing Alda's components led Dave to explore inter-process communication via ZeroMQ and to search for the best way to use ZeroMQ in a Clojure program. With this goal, Dave has been contributing to JeroMQ (a pure Java implementation of the ZeroMQ protocol) and developing his own library for idiomatic ZeroMQ usage in Clojure.

Are you organizing ZeroMQ for Clojurists - Dave Yarwood?

Are you an organizer of ZeroMQ for Clojurists - Dave Yarwood ? 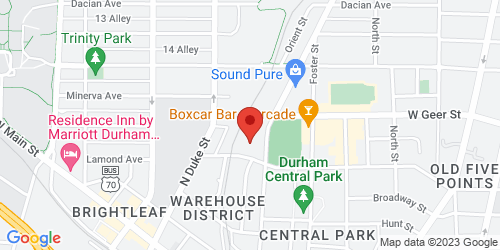