Y+30: The Future of Activism

In the past, activism meant taking to the streets in protest, holding up a sign and showing solidarity through sit-ins and slogans chanted. As we've seen the developments in Egypt unfold, people have still taken to the streets, yet now it's supplemented by hashtag chatter, citizen journalism, photoblogging, and livestreaming. As new technologies emerge, activism and outreach efforts morph and expand. There have been paradigmatic shifts in philanthropy towards micro-giving and recently, micro-volunteerism. Platforms like Causes and sms-based giving have made it easy to donate in one click, and some say DDoS attacks are the new sit-in and charity tweetups and flashmobs are the new form of protest. What will the future hold? Please join us for a panel on the future of activism that will focus on future trends and innovation forecasts for Y+30: What will activism look like in 30 years?
Our esteemed panelists include Frank Cohn, Founder and Executive Director of Globalhood; Jacob Colker, Co-founder and CEO of The Extraordinaries/Sparked.com; Emily Jacobi Co-founder/Co-Director of Digital Democracy; and Marlon Barrios Solano, Founder and Executive Director of Dance-tech Interactive. As a special treat, we will also be joined by Jean Ulysse, a Haitian teen activist from the Global Potential program -- who better to envision the future of activism than a teen whose future it will be?
Frank Cohn, Jean Ulysse and Emily Jacobi will be joining us in person, while Jacob Colker and Marlon Barrios Solano will be joining us via videoconference. We'll be livestreaming it, so if you can't make it there, you can watch it live or later at http://www.livestream.com/y30futurist
Tickets for this event are $10 and are available through the 92Y Box Office.
Want to tweet about it? Use Twitter hashtag: #y30

Frank Cohn, Founder and Executive Director of Globalhood. Since 2007, Frank Cohn has run Global Potential, an innovative flagship program taking youth from inner-city neighborhoods on transformative journeys abroad to do community service and cultural exchange in rural villages in the developing world, then returning home and creating change in their own communities. He also works part-time as the Associate Director of Bushwick IMPACT, a family resource center for low-income immigrant mothers in Brooklyn. Originally from Vancouver, Canada, he has worked with youth, women's, and community groups in over 50 rural villages and 10 cities in 13 countries. His previous work includes a post as Field Director for an NGO in Central America, and with the United Nations in Social Policy and Development. In 2010, Frank won the Emerging Social Worker Award from the National Association of Social Workers - NYC Chapter, and was also designated a "Robin Hood Lionheart". In 2008 he was selected as a We Are All Brooklyn Fellow and is currently on their steering committee, and in 2005 he was the Founding President of the Columbia University Partnership for International Development (CUPID). Frank brings 12 years of managerial and supervisory experience with designing, running, and evaluating community service and development programs. He has lectured at Columbia and New School Universities, and conducts trainings on Non-Profit Start-up and Management, Social Entrepreneurship, Evaluation, Communication, Stress Management, and Team Building. Frank holds his Master of Science in Social Work from Columbia University, specializing in International Social Development and Social Enterprise Administration, and speaks fluent French, Spanish and Mandarin Chinese, and is functional in Hindi, Haitian Creole, and Italian.   * One of the teen activists from the Global Potential program will be joining us! http://www.global-potential.org Twitter: @globalpotential
Jacob Colker, Co-founder and CEO of The Extraordinaries/Sparked.com. Jacob Colker is a recognized leader in political activism and issue advocacy, and a leading voice in the use of technology for community engagement. Jacob has managed political campaigns in California, Illinois, and Maryland, and he was one of the first field directors in the country to leverage Facebook in a major political campaign to win a statewide election. Jacob has also managed issue advocacy campaigns for The International Campaign for Tibet, The 1Sky Campaign, and other non-governmental organizations, both in the U.S. and around the world. Fun Fact - Jacob loves playing in rock bands and debating politics. http://sparked.com Twitter: @jacobcolker
Josephine Dorado (moderator), Professor at the New School/Founder of Kidz Connect. Josephine Dorado is a social entrepreneur, educator, artist, interactive events producer and skydiver. She was a Fulbright scholarship recipient and initiated the Kidz Connect program, which connects youth internationally via creative collaboration and theatrical performance in virtual worlds. Josephine also received a MacArthur Foundation award to co-found Fractor.org, which matches news with opportunities for activism. She currently teaches at the New School and is the live events producer for This Spartan Life, a talk show inside the video game Halo. Upcoming ventures include reACTor, a location-based mobile gaming app that connects news with social action, as well as ongoing projects in mixed reality and networked performance.  http://funksoup.com   Twitter: @funksoup
Emily Jacobi, Co-founder/Co-Director of Digital Democracy. Emily Jacobi has worked on media, youth development and research projects in Latin America, West Africa, Southeast Asia and the US. Emily began her career as a youth journalist working to highlight young people’s voices in professional media. At the age of 13, she reported from Havana, Cuba on the lives of young Cubans during the Troubled Period. She previously worked for Internews Network, AllAfrica.com and as Assistant Bureau Director for Y-Press. Since January 2007 her work has focused on researching and supporting the capacity of local organizations in closed and transitioning societies. At Digital Democracy Emily manages staff, oversees strategic planning and development and works directly with grassroots partners on program design for human rights and community engagement. http://digital-democracy.org Twitter: @emjacobi
Marlon Barrios Solano, Founder and Executive Director of Dance-tech Interactive. Marlon Barrios Solano is a Venezuelan professional nomad, Vlogger, on-line experimental producer, consultant, researcher and international lecturer/workshop leader based in Geneva, Switzerland and New York, USA. He is a lecturer for the Masters on Performance Practices and Visual Cultures for the Universidad de Alcala (Spain) and is the advisor on collaborative technologies for the  South American Network of Dance and the Gilles Jobin Company (Switzerland). Marlon is also associate producer for DanceDigital (UK). He is the executive director of Dance-tech Interactive and creator/producer of dance-tech.net, a social networking site, dance-techTV, a collaborative internet video channel, and of dance-tech@, a series of online video interviews exploring innovation and interdisciplinary investigations on the performance of movement. He has also developed several projects on collaborative journalism and the arts. With a hybrid background in dance, new media technologies and cognitive science, he continues to investigate the intersection of the performance of motion with new media technologies, real-time composition (improvisation and interactive technology), embodied cognition while experimenting with on-line platforms for the development of sustainable models of knowledge production-distribution among trans-local communities and contexts. As a professional dancer in New York City, he performed nationally and internationally with Susan Marshal and Dancers [masked]), Lynn Shapiro Dance Company [masked]), and with the choreographers Merian Soto, Dean Moos, Bill Young, among others. He also performed with the musicians John Zorn, Philip Glass and Eric Friedlander. Under Unstablelandscape [masked]), he performed and researched improvisational performances within digital real-time environments performing in the US and Europe. http://www.dance-tech.net Twitter: @dancetechnet

Are you organizing Y+30: The Future of Activism?

Claim Y+30: The Future of Activism

Are you an organizer of Y+30: The Future of Activism ? 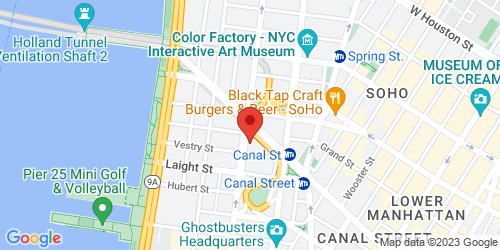