Bio:
Karim Lamouri has been working for GumGum's Big Data team for a year now. Apart from Kafka, Karim has worked on various other Big Data technologies such as Storm, Avro, Spark, Redshift etc. He is originally from France and holds masters degree in Computer Science from University of Technology of Compiègne. Title:
Kafka Connect Implementation at GumGum

Abstract: GumGum is an applied Computer Vision company. We generate 30 TB of new textual data every day. We have been using Kafka for real time processing since late 2012. Over the years Kafka has become more and more important part of our data architecture. Until recently we were using Kafka only for real time processing. We decided to use Kafka Connect to store this data in Amazon S3 for batch processing as well. This talk will discuss why we did the project and what were the different problems we solved to fully implement Kafka connect based S3 upload. We faced issues because of our data format and our specific requirements about storing files in S3. --- Second Talk

Bio:
Tim is a teacher, author, and technology leader with Confluent, where he serves as the Senior Director of Developer Experience. He can frequently be found at speaking at conferences in the United States and all over the world. He is the co-presenter of various O’Reilly training videos on topics ranging from Git to Distributed Systems, and is the author of Gradle Beyond the Basics. He tweets as @tlberglund, and lives in Littleton, CO, USA with the wife of his youth and their youngest child, the other two having mostly grown up. Title:
Heraclitus, the Metaphysics of Change, and the Streams API for Kafka

Abstract:
Hailing from the Persian city of Ephesus in around 500 BC, the Greek philosopher Heraclitus is famous for his trenchant analysis of stream processing systems, saying “You never step into the same river twice.” Central to his philosophy was the idea that all things change constantly. His close readers also know him as the Weeping Philosopher—perhaps because dealing with constantly changing data at low latency is actually pretty hard. It doesn’t need to be that way. Almost as famous as Heraclitus is Apache Kafka, the de facto standard open-source distributed stream processing system. Many of us know Kafka’s architectural and pub/sub API particulars as well as we know the philosophy of Heraclitus, but that doesn’t mean we’re equipped to build the kind of real-time streaming data systems that the next generation of business requirements are doing to demand. Like Heraclitus was telling us 2,500 years ago: we need to get on board with streams.

This talk is a thorough introduction to the Streams API, an important recent addition to Kafka that lets us build sophisticated stream processing systems that are as scalable and fault-tolerant as Kafka itself, and also happen to align quite well with the microservices sensibilities that are so common in contemporary architectural thinking. We’ll talk about how to deploy Streams applications and look at actual working code that will bring your thinking about streaming data systems from the ancient history of pub/sub paradigms into the current era.

Are you organizing X-Post - Kafka Connect Implementation at GumGum and more?

Are you an organizer of X-Post - Kafka Connect Implementation at GumGum and more ? 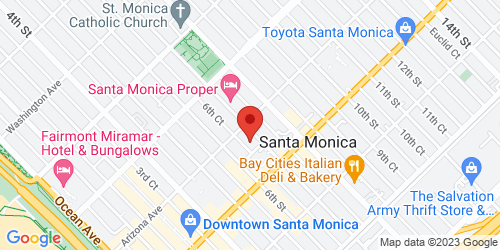