Go beyond the API and peek into the internal mechanisms of Vue, and how it has changed between 2.x and 3.0

Learn about the new patterns made available by the new APIs in 3.0.

The Vue3 roadmap currently shows a release for Q1 in 2020, perfect timing to get up to speed with the new version during our workshop on Saturday 22nd February 2020 by the Creator of Vue.js Evan You.

As Evan You summarized it, Vue 3 will be faster, smaller, more maintainable and it will be easier to target native.

One of the most significant changes is that a new API that will allow for a function-based way of writing your component, inspired by React Hooks. It lets you encapsulate logic into "composition functions" and reuse that logic across components. Read the whole Request for Comments (RFC) for more info about the proposal or look into the API reference. (The API has been renamed from "Functions API" to "Composition API" along the way, so don't let that confuse you!)

Yes, that changes the way how we use Vue. However, it won't break anything in your Vue 2.x apps, as the new API is 100% compatible with the current syntax, which won't be deprecated any time soon.

Personally, we think that this change will bring us a lot of flexibility, and lead to better structured code.

If you want to start experimenting, the new Composition API is available for 2.x as a plugin, and there's an (evolving) API reference.

Other pretty exciting changes in Vue 3:

Vuejs Amsterdam is the Largest Vue Conference & Community Event in the World. 20+ Speakers, 2 Full Days of Talks, 1000+ Vue Enthusiasts per day traveling in from 50+ Countries around the World. Vuejs Amsterdam takes place between February 20th & 21st 2020 at the Greatest Conference Venue in the World, Theater Amsterdam. Join Vuejs Creator Evan You live in person who leads a line up of core contributors & authors, community partners and inspiring storytellers at the Vuejs Community Event of the year

Over 300+ Tickets are already sold with Tickets selling out faster than previous years! To create more space we have a Lower Attendance capacity at Vuejs Amsterdam 2020 so grab them Tickets now at a good price, while they last. Don’t miss out on what will be the Best Vuejs Amsterdam Conference yet

We look forward to welcoming you to Vuejs Amsterdam 2020

Are you organizing Workshop Evan You 2020 - Deep Dive With Vue3 ?

Are you an organizer of Workshop Evan You 2020 - Deep Dive With Vue3 ? 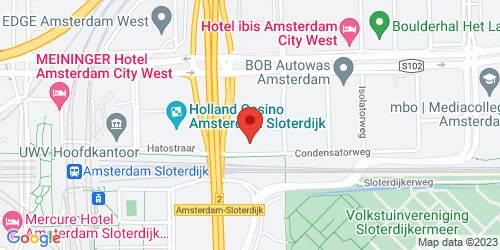