For sponsorship opportunities at Women 2.0's conference, email Sepideh Nasiri.
A one-of-a-kind competition: The run-up to the conference is defined by Women 2.0's annual startup competition for early-stage tech startups, who receive exposure to investors and valuable feedback for next steps. Watch the finalists of the Women 2.0 PITCH SF 2013 Startup Competition pitch live and hear first-hand feedback from panels of real investors on what makes a successful pitch for investment. Previous investors have included:
The 2013 PITCH SF Startup Competition Finalists are:

Meet the PITCH SF 2013 Startup Competition Live Judges
Andrea Zurek (Founding Partner, XG Ventures)
Andrea has been an active angel investor since 2006. XG Ventures has invested in over 40 companies with 14 exits, including Tapulous, Posterous and Aardvark. Andrea worked at Google for over 7 years as one of the first ad sales executives. Follow her on Twitter at @andreazurek. Ann Miura-Ko (Co-Founding Partner, FLOODGATE)
Ann's investment interests include capitally efficient software and technology enabled services. She teaches several courses in Stanford’s Technology Ventures Program and the Mayfield Fellows Program. Follow her on Twitter at @annimaniac. Charles Hudson (Partner, SoftTech VC)
Charles works for one of the most active seed stage investors in Web 2.0 startups. He is focusing on mobile and gaming investments. He founded Bionic Panda Games and was VP of BD for Serious Business. Follow him on Twitter at @chudson. Christine Herron (Director, Intel Capital)
Christine is also a Venture Advisor at 500 Startups and an advisor to StartX. Previously, Christine was a Principal with First Round Capital, an early-stage venture capital firm. Follow her on Twitter at @christine. Jenny Fielding (Head of Digital Ventures, BBC Worldwide)
Jenny heads up New Digital Ventures as well as BBCW Labs. Previously, she was CEO of fourforty Inc, which developed Wenzani for Lonely Planet. She co-founded startups such as Switch-Mobile, a VoIP mobile software company acquired in 2008. Follow her on Twitter at @jefielding. Joy Marcus (Partner, DFJ Gotham Ventures)
Joy led her venture firm’s seed investment in DailyWorth, Previously Joy was GM US for Dailymotion from its US launch through acquisition by Orange (France Telecom) in January 2011. Follow her on Twitter at @joymarcus. Kevin Laws (Board Member & COO, AngelList)
Kevin has advised an invested in a number of startups, including Dulance (sold to Google), Krillion (sold to Local.com), FlightFox (YC), and many others. Previously, he founded Vast.com.  Follow him on Twitter at @AngelList. Nikhil Kalghatgi (Venture Capitalist, SoftBank Capital)
Nikhil is an early-stage venture capitalist based in NYC. He focuses on consumer internet Seed & Series A opportunities with interests in mobile, e-commerce and social platforms. Follow him on Twitter at @NikhilKal. Thomas Korte (Founder & Managing Partner, AngelPad)
Thomas runs a startup mentorship program he launched in 2010 with a team of fellow ex-Googlers. Since then, AngelPad has helped to launch some 37 companies, 31 of which have raised over $25 million in additional funding. Follow him on Twitter at @thomask. Wesley Chan (Partner, Google Ventures)
Wesley's investments focus on early stage software and web services, mobile, biotech and cleantech. As an early employee at Google, he helped grow Google Analytics and Google Voice. Wesley is a recipient of Google’s founder award. Follow him on Twitter at @weschan.

Joining us for lunch are more investors, ready to mentor entrepreneurs:

Women 2.0 Conference speakers are leaders of technology and innovation, including:

All tickets non-transferable and non-refundable, no exceptions. 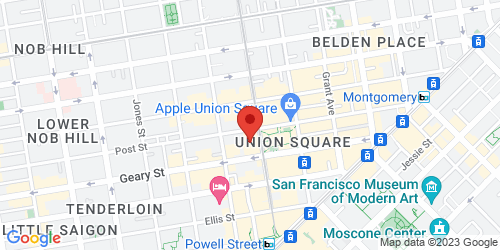