About our Speaker
Jeroen Derwort has been an internet entrepreneur for the past 20 years. Starting off with a DOS game (Avalon) that was downloaded over 200k times which was followed by HitHarvester which was visited over 1 million times in the first month. He then went off to start Online Soccer Manager which was later brought under his company Gamebasics. Later, Jeroen decided to move away from Gamebasics and jumped back on the startup train with RosterBuster (now RB Group.aero). On October 22, Jeroen will tell us more about his latest adventure split into 2 talks: Lumen APIs & Amazon Alexa.
________________________________________

Talk 1: Lumen APIs in an AWS Environment
Jeroen will dive into the APIs that his team has written in the Lumen micro-framework. These APIs power the apps that are used on a daily basis by ±60,000 aviation professionals around the world. They use the app to view their schedules on the go and share it with their friends and family. Jeroen deals with the architecture and design patterns of the APIs and the integration with Amazon Web Services. His team uses smart solutions for queuing, logging, databases, email, machine learning, deployment and storage. The Laravel framework makes it easy to link these services and facilitates the transition to microservices that are currently being developed.
________________________________________

Talk 2: Amazon Alexa App for the Airline Crew
With the app that RB Group developed, pilots and flight attendants can consult their roster while on the road, keep in touch with colleagues and have the most important information at their fingertips. But now there are even more possibilities to retrieve this information besides viewing it on a screen. Voice UI is ideally suited to give crews access to their schedule in a convenient way. Jeroen is developing the Amazon Alexa to get the task done. He'll share his experience in the are of VUI based on Lumen API and Botman.
________________________________________

More about RosterBuster & RB Group
RosterBuster was initially created by a British Airways pilot and is now the largest airline crew app in the world with over 300,000 users. If you work in the aviation industry you will recognize that employers give you schedules that are difficult to read. RosterBuster makes it easy to consult the timetable on the go and gives more context such as the weather and which gate you have to be at. You can also share the timetables with your friends, family or on social media. It is also possible to chat with and view the schedules of other people using the app. Its free to try and supports over 500 airlines including KLM, Transavia, Corendon, TUI, Emirates and Easyjet.

Are you organizing Using Lumen built APIs in AWS and building an Amazon Alexa app?

Are you an organizer of Using Lumen built APIs in AWS and building an Amazon Alexa app ? 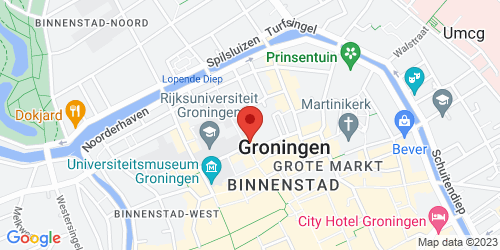