You are cordially invited to the next meeting of the Triangle SQL Server User Group to be held on February 19 at TEK Systems in Raleigh, NC from 6:30 PM to 8:30 PM.
Local TriPASS sensation Dale Burnett will  present:

Unlike most presentations on statistics, which focus on maintenance and upkeep, I want to delve into how SQL Server uses stats to develop cardinality estimates which are ultimately responsible for the query plans produced. I'll likely also touch on a few other odds and ends that are rarely discussed.  I have found that knowing how the optimizer estimates cardinality to be very useful in targeting performance optimizations and fixing bad cardinality estimates. Grossly incorrect cardinality estimates can have huge downstream performance effects especially on hash and sort operations.
Part 1 - What are stats good for
Part 2 - Density
Part 3 - Histograms
Part 4 - Multi-Column cardinality estimates
Part 5 - Strings and sub strings
Parts 6+ - Computed columns, magic density, sample size and accuracy

SPEAKER BIO:
Dale has worked with SQL Server from 1998 til 2002 starting with 6.5 and touching 2000 at the end of that period and was responsible for data modeling and development, creating custom databases and applications for many clients. In 2007, Dale took a break from SQL Server until 2007. Since then, he has been doing primarily SQL Server development, some data modeling, performance optimizations and light administration.  He currently work for a financial services firm.
Let's come out and give Dale all the support we can muster.  I look forward to seeing you all there!

Are you an organizer of Triangle SQL Server User Group Meeting ? 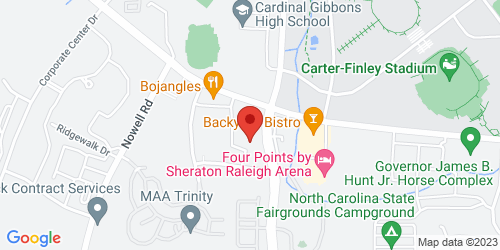