Check time in your timezone
Your timezone is: America - Toronto Thu, 20 Nov 2014 12:00 AM EST
Add to Calendar
Google Calendar
iCal
Outlook
Yahoo Calendar
The Toronto Wearables Meetup is a monthly lecture series and gathering of people interested in wearable technology, fashion, wearable electronics, soft circuits, electronic textiles, emerging materials, and other creative and innovative approaches to things that live on the body. This Meetup is a gathering for artists, fashion designers, industrial designers, textile enthusiasts, engineers, researchers, students, and anyone interested in these emerging and intersecting fields.

AmpGear, Rickee Charbonneau, OCADU Masters Candidate
AmpGear is a 3D printed prosthetic hand with interchangeable attachments. It aims to completely shift the paradigm of limb replacement from the current, strictly bound, and nearly obsessive aim to replicate hand function, towards an open discourse of prostheses as accessory tools. This project involves the use of 3D printing technology to allow for the prosthetic hand and its attachments to be quickly and cheaply printed at home with a desktop 3D printer, such as the Makerbot, or through a local 3D printing service.
Rickee Charbonneau is a recent graduate of the Digital Futures undergraduate program at OCAD U. As a digital media designer, Rickee is especially interested in the use of new and upcoming technologies (ie. 3D printing, wearable technology, game design) to creatively solve challenges.  As a student in the Inclusive Design masters program at OCAD U, Rickee’s current research interest is in eHealth and mHealth applications and how they can be inclusively designed to be more broadly adopted by users.
Peak Skis, Ken Leung of Normative
Peak Skis is an R&D project at Normative focussing on the development of sensor-enhanced, network-ready skis capable of measuring various aspects of the skier’s performance. Ken will discuss the experience of developing both the physical ski prototypes and an accompanying mobile app for skiers, as well as the challenges around designing software which networks with sensor-enabled devices — such as determining what data is most meaningful to measure, how to integrate mobile app design with hardware design, and designing an experience that is ambient and seamless.

Ken is a multidisciplinary designer from Toronto with a passion for creating meaningful interactive experiences across a variety of mediums: from web and mobile software, to smart environments, wearable tech, and physical computing. He has worked for over 8 years as both a designer and software developer in a variety of corporate, healthcare, and academic research environments. He also studied Industrial Design and Digital Media at OCAD University, and holds a Psychology degree from the University of Toronto.  Ken currently works as an interaction designer at Normative, in Toronto.

Are you organizing Toronto Wearables Meetup 30?

Are you an organizer of Toronto Wearables Meetup 30 ? 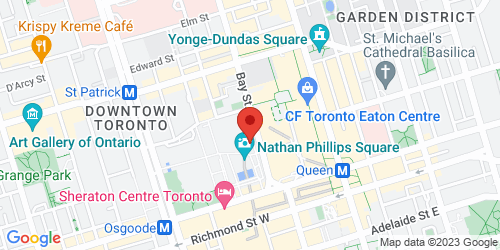