The Timisoara Mobile Development Group meetup to take place November 26th will focus on "not so typical" operating systems and on marketing of mobile apps.

The agenda will include the following presentations:


Expected to be launched early 2013, with ZTE and other hardware manufacturers preparing the first batches of devices to run on it, Firefox OS is definitely more than a promise.

Ioana Chiorean, Alex Lakatos and Paul Comanici, some of the most enthusiastic mozillians in Romania, working for SoftVision, the dynamic Cluj-Napoca, Iasi, Baia Mare and now Timisoara company will prepare you for the encounter. Ioana and Alex will introduce insights of the Firefox OS Platform, the Firefox OS (Web) Apps, the Mozilla Store marketplace. You’ll also have the opportunity to experience through an on-device demo Gaia, the branded user interface built for Telefonica.

A recent bestseller on BlackBerry app market, the Animated Weather HD is just a pretext for taking a look at the latest developments in the BlackBerry ecosystem. The presentation will be delivered by Andrei Avram, student at “Politehnica” University of Timisoara’s Computer Science Department.

Andrei will give us an insight on the app development environment and the marketing processes in the context of the “coming soon” BlackBerry 10 OS, currently in the final stages of development. As Andrei will not come bare handed to our event, but bringing a backpack with several BB devices in pre-market testing you’ll also have a good opportunity to check hands-on the weather forecast for the upcoming Romanian National Celebration Day using the app.


Marketing Your Mobile App (Beyond the App Stores)

You've built your killer app, launched it in the app store, and followed all the online advice about how to position it in order to stand out from every other app out there. Your expectations are sky high, but after one month you are wondering what happened? Why aren't people downloading your app by the thousands? Well, you are not alone. You are facing the new world of mobile marketing. You're up against the big boys now who have deep pockets. You must use some of the same techniques that the pros use.


Having worked on digital marketing for the Hollywood motion picture industry including campaigns for The Chronicles of Narnia, Ben Stein's Expelled, Rocky Balboa, Polar Express, and The Secret Life of Bees, Jason Waterman, Managing Partner of Buzz Architect (Los Angeles + Nashville + Detroit), will take you through some of the same techniques that you can use to market your mobile app even on a "shoe-string" budget!

As in the previous editions, the hosts will charge participants an amount of 15 RON, offering them the possibility to serve 3 items (beer, non-alcoholic beverages, snacks or sweets).

Are you an organizer of Timisoara Mobile Development Group Meetup ? 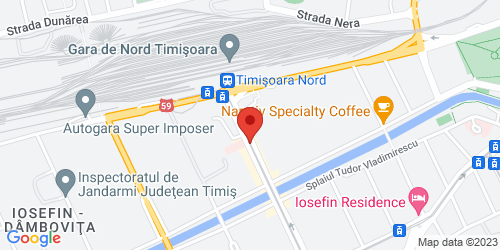