Caroline Lucas MP has agreed to host a meeting in the House of Commons on The Sharing Economy. We will be running this meeting in partnership with “The People Who Share.”
Caroline Lucas is the MP for Brighton Pavilion and ex leader of the Green Party of England & Wales. She is the UK's only Green MP. A passionate campaigner on the environment, social justice and human rights, Caroline was voted the UK's Most Ethical Politician in 2007, 2009 and 2010 by Observer readers, and is one of the Environment Agency's Top 100 Eco-Heroes. She was named 'Newcomer of the Year' in the Spectator's 2010 Parliamentarian Awards, and 'MP of the Year' in the Scottish Widows and Dods Women in Public Life Awards 2011.
Other speakers will include,
Benita Matofska is a social innovator and entrepreneur with 20 years broadcasting experience under her belt for the BBC, Channel 4 and Discovery both in the UK and USA. Following this, she became Head of Global Entrepreneurship at Enterprise UK. Benita founded The People Who Share in January 2011 because "I'm passionate about sharing, you could call me a 'sharing evangelist.' I believe that sharing is the answer to our global problems." Rajesh Makwana is the executive director of Share The World's Resources, (STWR), a London-based NGO campaigning for essential resources - such as land, energy, water and the atmosphere - to be shared internationally and sustainably in order to secure basic human needs.
Chris Hewett who is a fellow of the Finance Innovation Lab and has worked in environmental policy for 18 years in think tanks, NGOs and Government agencies. His current research is focused on finance and economic policy to promote sustainability. He has previously published reports into climate change policy (mitigation & adaptation), economic instruments including green taxes and emissions trading, aviation policy and other aspects of environment, energy and transport policy.
The People Who Share is a social business dedicated to building a Sharing Economy. They have pioneered the evolution of sharing into the mainstream of modern political and economic life. Their vision of the future is a thriving Sharing Economy where the need to own is transformed into the desire to access and everyone is a supplier of goods, services and experiences. Where people share skills, time resources, knowledge, responsibility, opportunities, ideas, goods, services and stuff. It's a world in which our collective capability meets our collective needs and we collaborate to enhance each other's lives, protect our planet and create wealth from which everybody benefits.
Although membership of our site is free we do expect all those who attend our events to pay a subscription of £10 for a whole year that covers attendance not just to one meeting but also to the vast majority of our meetups and webinars for any one year. It also allows you to bring one guest free to every meeting or webinar.

Are you organizing The Sharing Economy?

Are you an organizer of The Sharing Economy ? 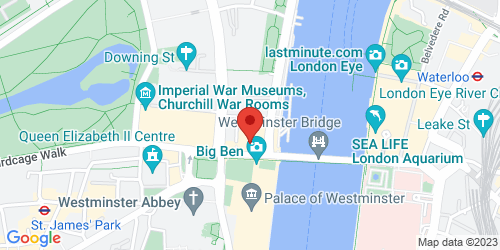