The Future of Mobile {Sponsored by Microsoft & Blackberry}

There’s no question the mobile market is at an all time high. Companies are now shifting their marketing and development efforts to ensuring they have a strong mobile strategy, but have we only scratched the surface?
As part of our Tech in Motion mobile summer series we have invited a panel of mobile developers to discuss what the future holds for all things mobile.
Have a question you’d like to ask the panel? Click Here
About the Panelists:
Ryan Johnson, VP of Mobile Engineering at Buzzfeed
Ryan Johnson is the Vice President of Mobile Engineering at BuzzFeed, where he is in charge of the iOS, Android, and Mobile Web teams.  Prior to BuzzFeed, Ryan was the Director of Technology at Hyper IQ and the VP of Engineering at Red Stamp. After being featured by Starbucks and Apple, Red Stamp was acquired by Taylor Corp in 2013. Passionate about mobile development, Ryan has been developing for the iPhone for the last five years

Manny Elawar, Blackberry Developer Evangelist at Blackberry
Manny travels the globe in the hopes of finding talented developers eager to pursue new opportunities on the new and exciting BlackBerry 10 Platform. Manny's technical background primarily includes C/C++ development for simulation tools, specifically in the areas of Mobile Device Management, BlackBerry Enterprise Server, and VoIP. He has an educational background in Software Engineering and Business Administration. Manny loves to travel, play music, organize social events, and spend time with friends and family. Fun Facts: Manny has been skydiving multiple times, traveled throughout Europe, and can solve a Rubik's cube in under a minute...track him down and get him to show you!

Charles Schulze, Principal Engineer at Yahoo!
Charlie Schulze is a principal engineer currently working with Yahoo in NY on their new mobile products. Previously Charlie was with HBO working on the team that originally created and built HBO GO in NYC. Whenever there is an opportunity, nights and weekends are spent prototyping, tinkering, and developing mobile games. Over the past 14 years, he has had the opportunity to develop mobile and desktop applications for many of the worlds top brands including EA Games, Bloomberg, Puma, Harvard, AOL, HBO, ESPN, Adobe, and more.
Henry Kirk, Senior iOS Developer at Audible, an Amazon Company
Henry has been working on the iOS platform since Apple released the first SDK in 2008. Henry joined Audible’s iOS team in 2013, contributing to the company’s flagship iOS apps, as well as the new Audible integration within the Kindle iOS app. Prior to joining Audible, Henry had built nearly 50 apps, most notably SpeechBox for iPad, an app designed for children with speech and language disabilities. In 2013, SpeechBox was recognized by 148Apps as the “Best App Ever” in the Special Needs category. In his spare time, he enjoys spending time with his family and exploring Apple’s upcoming iOS 8 SDK.
Lee Edwards, Engineering Manager at Groupon
Lee is an engineering manager at Groupon in New York, responsible for GrouponLive, the ticketed event part of the business that includes concerts, theatre, sports, and family activities. Previously, he was the lead engineer at SideTour, which was acquired by Groupon last September. Groupon's mobile business accounts for more than half of its transactions globally. Its native app has over 80 million downloads and is one of the top 25 all-time apps in the App Store. Groupon has also recently launched Gnome, a tablet-based platform that helps merchants run their businesses more effectively and understand their customers better.

About the Moderator:
Kaja Whitehouse, Technology Editor at The New York Post

---
As always we would like to thank our sponsors Workbridge Associates, Jobspring Partners, Blackberry, Microsoft, Syncano & Applico for sponsoring this month’s event.
Learn more about our sponsors:
Blackberry
BlackBerry®, a global leader in wireless innovation, revolutionized the mobile industry with the introduction of the BlackBerry solution in 1999. Since then, BlackBerry products and services have continued to change the way millions of people around the world stay connected.
BlackBerry Runtime for Android Apps - Port existing Android apps to BlackBerry 10 and expand your market! Simply repackage and distribute through BlackBerry World today. www.developer.blackberry.com
Microsoft
Do More #MeetMicrosoft Microsoft Ventures supports entrepreneurial communities as they build locally and scale globally through Microsoft Accelerators, Innovation Centers, and Bizspark - free programs dedicated to startups in tech hub cities around the world. You can get free software, developer tools, and cloud technology to build apps & scale your business, as well as strong mentoring, technical support, sponsorship, funding, and office space.
We help smart companies take flight. aka.ms/MeetMSVentures
Syncano
Billions of app-based devices are connecting to the Internet, offering experiences people never imagined before.  Syncano is a backend as a service in the cloud that makes it easier for app developers to sync and scale structured data across devices and servers in real-time, enabling you to seamlessly unify these experiences. Let Syncano do the heavy lifting for your apps so that you can innovate while saving time and resources,  and instead focus on more strategic initiatives. www.syncano.com
Applico
Applico is trailblazing a new type of client services firm, the Platform Innovation™ Company. We partner with clients to identify, build and scale platform businesses through connected technologies.
Our comprehensive strategy, design and engineering services give our clients all the resources they need to capitalize on Platform Thinking and dominate the competition. www.Applicoinc.com

Are you organizing The Future of Mobile {Sponsored by Microsoft & Blackberry}?

Claim The Future of Mobile {Sponsored by Microsoft & Blackberry}

Are you an organizer of The Future of Mobile {Sponsored by Microsoft & Blackberry} ? 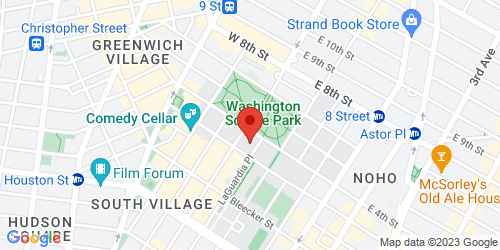