The Elastic VPE: Going Consultant as an Engineering Leader

What Would It Mean to Do VPE as an Interim Leader?

Three Bay Area VPs of Engineering, at different points in their careers, moved to consulting as Interim VPs of Engineering. Why? Who hires them? Is there a market for more of you to join them by doing the same? How is an interim role fundamentally different from a long-term one? How did they transition from jobs to clients? What kinds of satisfaction does interim leadership bring? What do you need to be ready for?

While some number of VPEs have taken a short-term role as a stop-gap while between positions, just five (as far as we've been able to find) have made a career of it.

Ron Lichty notes that when then Interim VPE Jane Divinski shared her experience of making it her career with our engineering leadership group in 2008, he immediately knew he wanted to make this interim consulting thing his next career move. He had been untangling the knots in development organizations his whole career; this would let him continue that focus with expanded impact.

Ron also realized he knew one of the others, Mark Himelstein, whom he'd invited to speak to the Best Practices SIG of eBig, the East Bay Innovation Group, two years earlier. Jane introduced him to a fourth, Debby Meredith. Debby knew the fifth, Bill Crane.

Will you be the sixth?

Mark Himelstein is the President of Heavenstone, Inc. which provides Strategic, Management, and Technology Consulting including organizational analysis, mentoring and interim management. Previously, Mark started Graphite Systems, Inc (acquired by EMC) where he was the VP of Engineering and CTO developing large Analytics Appliances using highly integrated FLASH memory. Prior to Graphite, Mark held positions as the CTO of Quantum Corp, Vice President of Solaris Engineering at Sun Microsystems leading the Solaris engineering team and other executive technical management roles at Apple and Infoblox, Inc.

Mark is committed to advancing the state of the industry through education and innovation. In addition to publishing numerous technical papers and holding several patents, he is the author of the book 100 Questions to Ask Your Software Organization.

Ron Lichty transitioned to consulting as an Interim Fractional VP of Engineering when he left a two-year leadership position at Stanford in 2012. He had, for 24 years, been a manager, director and VP of software engineering and products at Apple, Fujitsu, and Charles Schwab; at medium sized companies like Razorfish, Berkeley Systems, Stanford’s HighWire Press, and Check Point; and at a number of small startups. It was hearing Jane Divinski's EL-SIG talk on Interim-VPE'ing that inspired his move.

Focusing his consulting practice around “making software development hum,” and limiting roles to fractional ones, he has taken on titles that include not just Interim VP Engineering but Acting CTO, Executive Advisor, and Product Organization Advocate. As part of his practice, he coaches and advises software engineering managers at all levels (but mostly VPEs and CIOs), trains managers in managing programmers, and trains teams in thriving with scrum and kanban.

With Mickey W. Mantle, he wrote one of the few books on managing programmers, Managing the Unmanageable: Rules, Tools, and Insights for Managing Software People and Teams, now in its fourth printing, http://www.ManagingTheUnmanageable.net.

Pearson/Addison-Wesley/O'Reilly in March released LiveLessons: Managing Software People and Teams, video training based on the book: ten hours, ten topics, 84 learning lessons, from InformIT and from O’Reilly’s Safari Bookshelf, with four samples and an interview with Ron and Mickey free to watch at http://www.ManagingTheUnmanageable.net/video.html.

Ron and his co-author wrote Better Software magazine’s spring issue cover story, “Do You Really Want to be a Manager?” https://www.stickyminds.com/better-software-magazine-article/do-you-really-want-be-manager.

Varian Medical Systems: Our mission is to focus energy on saving lives. To meet this challenge, we equip the world with new tools for fighting cancer.

Are you organizing The Elastic VPE: Going Consultant as an Engineering Leader?

Claim The Elastic VPE: Going Consultant as an Engineering Leader

Are you an organizer of The Elastic VPE: Going Consultant as an Engineering Leader ? 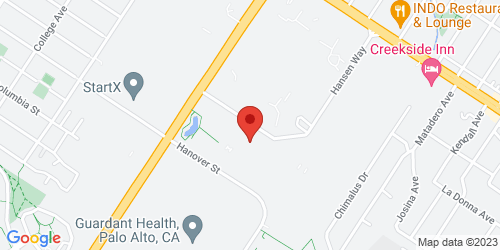