The Timmy Awards by Tech in Motion is an awards ceremony recognizing some of the best places for tech professionals to work in Chicago. While many tech awards are given to brilliant individuals and their technological advancements, the Timmy Awards aim to recognize those who employ those technologists, the companies and managers supporting and driving the innovation. And we want YOU to weigh in.

Nominate the Chicago tech companies and managers you know deserve recognition, vote for the finalists, and spread the word. Make sure to save the date so you can attend the award ceremony to cheer on our winners!

Winning organizations and individuals will be crowned in each category below at the Timmy Awards Ceremony this September.

Andy Boyle is a writer, web developer and speaker. His work has been in Esquire, NBC News, The Chicago Tribune, The Boston Globe, The St. Petersburg Times and The New York Times Regional Media Group, where a project of his was cited in the 2012 Pulitzer Prize for Breaking News. He's currently the Director of Platform Architecture for Axios. When he's not teaching classes in digital storytelling or hosting workshops on creative problem solving, he gives talks whenever he can, usually involving funny gifs. Released by Penguin Random House in 2017, his first book, "Adulthood for Beginners: All the Life Secrets Nobody Bothered to Tell You," was called "a guide to being an adult in the modern age" by the Chicago Tribune and "Darn funny" by the Associated Press. He lives in Chicago with his way-too-fluffy cat Tiberius.

Sandee Kastrul is president and co-founder of i.c.stars, an innovative nonprofit leadership and technology training program that prepares inner-city adults for technology careers and community leadership. A pioneer of the social enterprise model, i.c.stars has graduated more than 350 community leaders, and recently began expanding into new cities. Under Sandee’s leadership, i.c.stars has been recognized by the U.S. Chamber of Commerce Foundation and the Brookings Institution.

Prior to i.c.stars, Sandee designed interactive programs for GED students at Jobs for Youth, implemented a professional development program with Harold Washington College Career Center, and developed experiential learning modules for over 70 schools.

Additionally, as a consultant for the Illinois Resource Center, Sandee provided schools with diversity training and cross-curricular teaching methodologies. Sandee is a board member of Goodcity, The Ryan Banks Academy, and HICC; and an advisor for the Axelson Center, Chicago Leadership Alliance, and Chicago Ideas Week.

Troy Henikoff is Managing Director of MATH Venture Partners. Troy was a Co-founder of Excelerate Labs, which became Techstars Chicago in 2013. He also helps manage the FireStarter Fund, teaches Entrepreneurship at Northwestern University's Kellogg School of Business, is on the board of the Chicago-land Entrepreneurial Center. Prior to Techstars Chicago, Troy was the CEO of OneWed.com, President of Amacai, and co-founder and CEO of SurePayroll.com. Troy built the technology for Jellyvision (creators of “You Don’t Know Jack!”), was the President of Systemetrics, and his first company was Specialized Systems and Software. Troy has an undergraduate degree in Engineering from Brown University and a Masters Degree in Project Management from Northwestern.

Emile Cambry is a business professor, filmmaker, and social entrepreneur born, raised and still calling Chicago home. After receiving his Bachelor’s degree in Economics from the University of Chicago and his MBA from Northwestern University’s Kellogg School of Management, Emile gained experience in Investment Banking for J.P. Morgan Chase as well as teaching as he was a Professor at North Park University and recognized as one of the Top 50 Business School Professors. Perhaps Mr. Cambry’s largest project to date was founding the technology and entrepreneurship incubator, BLUE1647, expanding to several different locations across the Midwest. Emile has Produced films that have been licensed by HBO and Cinemax, as well as Showtime. Emile is the President of the Chicago International Social Change Festival which showcases films that heighten public consciousness. Rounding out Mr. Cambry’s experiences include being named on Ebony Magazine’s Power 100, Chicago Crains Tech 50, a Top 100 Innovator in Chicago by the Chicago Tribune and a 40 Game Changer Under the Age of 40 awarded by Verizon Wireless, and awarded the Community Service Award by the South by Southwest Conference. Emile is also a recipient of the 2014 Impact Award by the Social Enterprise Alliance, and sits on the boards of Depaul University’s Social Enterprise Collaborative and Accion International.

The mission of the National Association of REALTORS’® Center for REALTOR® Technology is to track emerging technologies that will affect real estate, educate its members, advocate for the proper use of technology, and innovate when there is a gap between what is needed and what is available. In 2015, CRT established a lab to investigate smart home/internet of things devices, renewable energy, urban agriculture and building materials, as well as any other emerging technologies as they become evident. CRT is working with NGOs, vendors, national laboratories, universities and government agencies to help promote NAR as an agent for technology research and innovation.

Ari Kaplan is a leading figure in sports analytics and one of the few long-term baseball leaders with a proven track record at Fortune 500 companies. ‘The real Moneyball guy”, he is known throughout the Major Leagues for revolutionizing and modernizing player assessment, including being Tom Ricketts the first of his two direct hires in baseball operations (the other Theo Epstein), where he created and led their analytics and R&D departments before joining the Baltimore Orioles in 2012.

Locally, he was CEO of Expand Beyond, a pioneering mobile software firm that raised over $16M in funding before being acquired. Crain’s Chicago Business  named him a “40 Under 40”. Nationally, he received Caltech’s “Alumni of the Decade” distinction and Sports Illustrated named him a “Top 10 General Manager Candidate”.

Kaplan has worked with over half of all MLB organizations and many global sports media organizations, and his baseball career spans 27 seasons. He is a frequent keynote speaker sharing insights on how executives make data-driven decisions based on analytics, big data, and critical thinking.

Looking to get your company involved? Click on one of the award categories above to nominate your company and/or manager TODAY! Nominations are open now until August 14th.

We will kick off the evening with cocktails, hors d'oeuvres, music, and product demos from some of the best companies in Chicago tech! The award ceremony will take place mid-evening to reveal the runners up & winners in all 2017 award categories. A celebration will follow exulting the best and the brightest in tech; especially our Timmy’s finalists and recipients!

For more information on the event, please check out our website: http://blogs.techinmotionevents.com/chicago-timmy-awards/

As always we would like to thank our sponsors Jobspring Partners and Workbridge Associatesfor sponsoring this month’s event. Interested in sponsoring a Tech in Motion event? Click Here!

Are you an organizer of Tech in Motion Chicago's 3rd Annual Timmy Awards ? 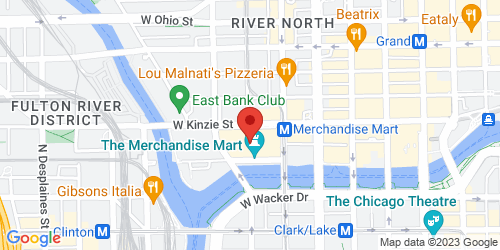