Swift in a Day

Swift in a Day is a 8 hour Swift training class facilitated by iOS expert and PluralSight trainer Jon Flanders that will help you get a firm grasp on understanding and using the Swift programming language.  Jon will take you on a hands-on, learning exploration of Swift's core syntax—variables, data types, functions, and control structures—and its object-oriented classes, via Playgrounds, the innovative coding interface that allows you to see the results of your code instantly. He also will introduce key concepts that lie at the heart of Swift and the best practices. Plus, you will learn how to take Swift further, with advanced operators and features like protocols, generics, and extensions.

The first iOS programming alternative to Objective-C, Swift is a clean, accessible, object-oriented language, with built-in support for modern programming features like closures, generics, and tuples. The main stumbling block for new Apple developers has always been the Objective-C language, which many developers find overly complex.

LEARN BY DOING Through a series of guided instructional labs and hands-on coding exercises, you will learn how to use the Swift language to build powerful and high performance iOS applications.

Learn Swift From an Expert and Get Your Questions Answered on the Spot!

This class is designed for beginners and experienced developers. Upon completion, you will understand the foundations of Swift code and will be able to develop custom applications.

Sign up today for this full day opportunity to learn Swift!  In doing so you will save huge amounts of time learning on your own and will be ahead of other developers attempting learn the new Swift programming language by navigating Apple's 500-page instructional document.

Introduction - Swift is a new programming language introduced by Apple in 2014 as a new way to build iOS and OSX applications.  This module will introduce the Swift language, and the Playgrounds tool in Xcode that can be used to explore Swift features in a dynamic way.

Operators and Operator overloading - In addition to the typical operators you’d expect, Swift has a number of interesting operators, plus the ability to extend the operator system for your own purposes.  This module will cover both concepts with an eye towards logical constraint of this feature to ensure your code is readable and understandable.

Control Flow - Swift has the typical constructs for control flow and some more advanced features that enable cool ways of dealing with control flow.

Functions - Functions in Swift are first class citizens and provide modern features to make them even more useful.

Optionals - The history of computer science is littered with features intended to help programmers deal with the lack of an object or a value.  Optionals in Swift give us a failsafe way to deal with “NULL”.  This module will show you how Optionals work, and how to use them effectively.

Protocols - Protocols are another polymorphic feature of Swift that provides as a way to create code that is decoupled and flexible.

Extensions - Extensions are a way to add additional functionality to classes and structs, whether you wrote the original type or not.

Generics - Swift supports generic programming in a way that fits in with its overall flexible philosophy.

Memory and ARC - Once compiled, reference types in Swift need to have their lifetime managed.  Swift uses the same object runtime as Objective-C, so understanding reference counting and circular references is an important skill for every Swift developer.

Objective-C interop - Swift was developed from the beginning to be interoperable with Objective-C.  This module will cover the features that you need to know so you can maximize code sharing between Objective-C and Swift.

Note: The above agenda is a guide to the content covered in this class. We may change or alter the course topics to meet the objectives of a particular class and time constraints.

PREREQUISTES Knowledge of Objective C, Java, C#, or other modern languages is recommended.  To get the most from this class, you need access to a Mac running Mac running OS X Mavericks (10.9) or later, Xcode 6 or later installed and working wi-fi.  Computers are not provided.

Jon Flanders is a iOS Engineer at Axis Studios in Hollywood, CA. He is also writes and instructs courses for Pluralsight(http://www.pluralsight.com) and is the owner of Flanders Software Consulting Inc.

Jon is the author of RESTful.NET from O'Reilly, as well as Essential ASP for Addison-Wesley, and was a co-author of Mastering Visual Studio.NET for O'Reilly. He's a Microsoft MVP, and has been featured on MSDN’s Channel 9  (https://channel9.msdn.com). You can read Jon's blog at http://www.rest-ful.net/

Are you organizing Swift in a Day?

Claim Swift in a Day

Are you an organizer of Swift in a Day ? 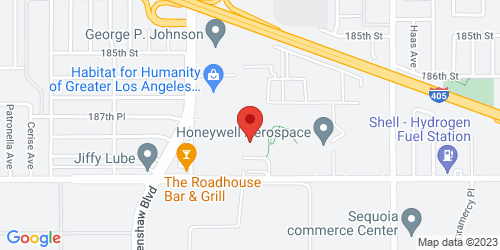