This is the very first meet-up in Swift Delhi, This month we are excited to have Natasha Murashev speaking @ Swift Delhi! We will be conducting this meetup at innov8 in Connaught Place, New Delhi; food and drinks will be provided by try! Swift. This meetup is sponsored by try! Swift, an International Swift Developer Conference.

Bio: Natasha is an iOS developer by day and a robot by night. She blogs about Swift, watchOS, and iOS development on her blog, natashatherobot.com, curates a fast-growing weekly Swift newsletter, This Week in Swift, and organizes the try! Swift Conference around the world (the next one is in NYC!). She's currently living the digital nomad life as her alter identity: @NatashaTheNomad.

Abstract : Swift, like Objective-C, is a language which you can use to write iOS (Apple) apps. This talk is about how its just not a syntax change when compared to Objective-C but rather a whole mindset change. Solving a problem in Swift could be a lot different from solving it in Objective C. We should leverage the power of Protocols, Enums, Associated types/values, Extensions, Computed vars, Generics, etc in order to write better or I should say Swifty iOS apps! If you have been coding in Objective C and want to switch to Swift or even if you have just started to make iOS apps, come join us to the journey of becoming a Swifty developer!

Abstract : Swift a magical and a beloved language with a consistent rising curve of open source contributions, Apple finally decided to go open source few years back with this freshly brewed programming language. It created a strong/enthusiastic community of developers helping/saving each other’s precious time in a fun way i.e. while enjoying writing code in swift with passion to even convert or re-define existing popular Open Source Objective-C based libraries in a better and efficient way while utilizing the real power of the language everyone is so excited about. It’s just not me, It’s the analytics from our trusted community GitHub.

This is about how easy it has become these days to achieve more features/user stories completion in less time with less development efforts while getting an opportunity to learn from the best developers in the world. It’s more about how we can show our respect and care for the contributors and contribute back to our community who cared for us and made our lives easier. Let’s try the 3rd party libraries in our applications for achieving beautifully crafted iOS applications, All the lazy developers in the house say Try-Swift!

Bio : Ashish Kapoor [ Swift Delhi Community Manager ]  is an iOS Developer at Navitas. He shares his swifty code on github - https://github.com/AshishKapoor, He has been working with Swift for more than a year now. You can find him, talking about Swift, on twitter - https://twitter.com/iAshishKapoor.

From Awful to Unforgettable

Abstract : WWDC - Worldwide Developers Conference, is the conference held annually in California by Apple.  Every year Apple rewards 350 Scholarships to Students and Members of Science, Technology, Engineering and Mathematics (STEM) organizations based on a contest in which you have to Submit on App. This talk is about how I Won this scholarship and how was my experience at WWDC, San Francisco.

Bio : Pawanpreet Singh, is an iOS Developer at LimeTray. He won WWDC Student Scholarship 2016. He has been working with Swift from 2.5 years now and in iOS from almost 3.5 years. You can find him at https://twitter.com/PawanpreetPawan

See you guys there!!

Are you an organizer of Swift Delhi Meetup, Chapter 1 - Practical Protocols ? 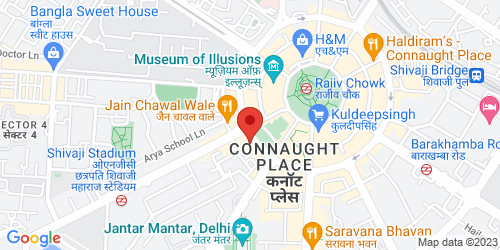