Futurism NYC is excited to announce our Storytelling in Virtual Realty event at the Knotel on March 10th at 7pm!

The event will feature demos from some of NYC’s best virtual reality creators and an in-depth discussion on the potential of content creation in virtual reality. Food and drinks will be provided

Ari Kuschnir is the founder and Executive Producer of m ss ng p eces. With offices in Brooklyn and Los Angeles, m ss ng p eces is an award-winning new wave production and entertainment company inspired by the limitless potential of technology, storytelling, and the web.

Ari has a passion for blazing trails, having collaborated with some of the world’s leading artists, agencies, brands and organizations. He has been featured on the Creativity 50 and sits on the board of advisors for the Future of Storytelling, AICP Digital and TED’s Ads Worth Spreading. M ss ng P eces has also received accolades from the Cannes Lions, Webby Awards, Clios, and the Tribeca Film Festival, among others. This year, m ss ng p eces catapulted to Creativity’s Production Company A-List.

360° virtual reality experiences creates an exciting opportunity to engage viewers in new ways of storytelling. This emerging medium is able to transport you anywhere and to any situation, setting up the nexus for creative narratives that connect on an emotional level.

Tarik will showcase a few of the projects he's produced and filmed as well as a few other ones from other prominent content creators that have a short story form arc to them.

Lots of people are talking about how we can take people into virtual worlds, but Datavized is looking at how immersive environments can immerse people more deeply into the real world. Combining data visualization and WebVR distribution to tackle the challenges of 3D Imaging, GIS, Biomedical applications put human cognition front and center in understanding complex data sets.

As a leading virtual reality company, YouVisit has one of the world's largest collections of interactive virtual reality content. Join Rafa Maya, Director of Product at YouVisit, as he discusses how the growing company was originated, what they're focused on right now, and where they see the future of VR headed.

Kokowa is a cloud platform that allows anyone - professional or amateur - to create, share, and experience 3D, AR, and VR environments. Their goal is to do what for VR and AR what Adobe did for graphic design, what WordPress and Squarespace did for web design, and what iMovie did for filmmaking.

Kokowa was founded by designer Peter Zuspan, who has 12 years experience in 3D modeling and software development, and Meredith and Jesse FInkelstein, the sibling duo behind the fashion/tech platform Print All Over Me.

Are you organizing Storytelling in Virtual Reality (Demos and Lightning Talks)?

Are you an organizer of Storytelling in Virtual Reality (Demos and Lightning Talks) ? 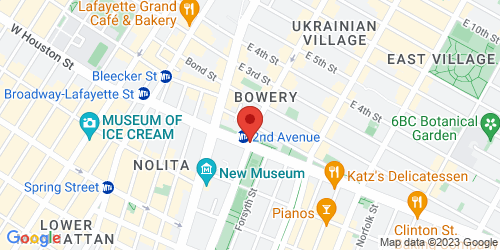