Brief description:  Networks at big companies have become too large to keep all the possible paths in your head.  While it’s valuable to know things like: Where am I most vulnerable?  What should I fix first?  What should I fix next?  These questions are unfair to ask a human.  What many organizations and several companies in the St. Louis area (MasterCard, Maritz, Caleres, etc.) have done is to create a virtual model of their network.  There is a new class of network modeling tools that allow users to do several interesting thigs like:

·  See all the paths that are supposed to be there – the reason you built the network.

·  See all the paths that are NOT supposed to be there – where an attack will come from.

·  See what downstream assets are exposed by those vulnerabilities.

·  See what line of what configuration file of what L3 3 device is causing the vulnerability.

·  See if you are in compliance with your network policy or PCI, NERC CIP, HIPPA, etc.

·  Track your “Security Score” to see if you’re making progress toward a secure state.

·  See where else you might be infected if you do find a compromised device.

The talk will center on a few examples of how large organizations are starting to use network modeling to make progress toward becoming more secure.  If time permits we can also give a demo and answer any questions that the audience may have.

Steve’s first big project after graduation from the University of Missouri – St. Louis (U.M.S.L.) in 1983 was being sent by McDonnell Douglas (now Boeing) over to England to design Barkley Bank’s (then) new debit card system.  After that he joined Oracle to start the St. Louis office in 1987.  Then Steve and some other ex-Oracle folks founded Patrol Software which was sold to BMC in 1994.  He then joined the Tivoli division of IBM and created a $30M business from scratch.  Steve then moved to Silicon Valley as the VP of Sales of Collation which was later sold to IBM.  In his spare time Steve wrote the book TRACTION which is currently in use at Wharton and at Stanford where Steve taught a class in entrepreneurship.

Steve was recruited in late 2014 to build the Midwest business for RedSeal which has it’s headquarters in Silicon Valley (Sunnyvale, CA).

Are you organizing STLCYBER Meetup?

Are you an organizer of STLCYBER Meetup ? 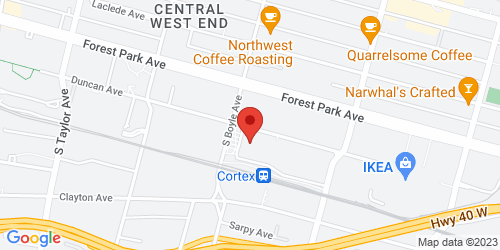