Announcing our line up of speakers for our next event this coming Tuesday, May 20.   To guarantee entry on the night, you need to book your ticket here --> https://www.eventbrite.com/e/social-developers-london-may-2014-tickets-11630038759.
Networking, Pizza and Drinks will start from 6:30pm and talks will begin at 7pm.

TOPICS and SPEAKERS FOR THIS EVENT :

HOW TO GET STARTED WITH FACEBOOK ADS AND AVOID SOME PITFALLS
Jordan Smith, Software Engineer from Betapond, who was at Facebook HQ in the US recently, attending a Facebook PMD event, will talk about some of the common Facebook Ads mistakes that people make that ruin ROI.

At F8 Facebook announced major improvements in their developer support which  make it easier for developers to build, easier to grow market share and understand and monetise their apps. It is exactly what Twitter, with its gradual overlap and takeover of the apps community, has failed to do,

Angus Fox, CEO at Multizone Ltd. and a technology expert will discuss the differences and the options for developers considering social integration with their apps, including mobile and invite discussion from the audience.

HOW DEVELOPERS CAN STILL COMMUNICATE AND SELL TO 'NORMAL' PEOPLE

Dan Storey - Author of Next Level Persuasion has been training sales teams for over ten years in the skills of communication and persuasion. After studying neurolinguistic programming, Dan discovered that its application in business was the area he wanted to explore. Over the years, Dan has trained hundreds of sales people and sales managers across the UK and the whole of Europe in effective communication and sales skills, working with industries such as IT, finance and advertising. He has also recently completed his first book entitled Next Level Persuasion.

VIDEO PLATFORM DEVELOPMENT - FROM iPLAYER to SKATTA.TV
Tricia Lichfield - CEO Skatta TV, will discuss her involvement with the development of iPlayer and what led them to develop Skatta.TV.  Skatta builds Television Networks for Businesses, Brands, and Celebrities. We allow the ability for anyone to set up an IPTV channel very affordably. Your channel will have the ability to distribute content across multi platforms, including Television, mobile, tablets and web seamlessly whilst earning you revenue from multiple streams and growing your brand.
SOCIAL DATA IS USEFUL, HONEST!
Rich Caudle was (and still likes to think so!) a developer, but has more recently explored the dark arts of marketing and sales. After a solid stint in the digital agency world, he's now firmly settled in startup land, firstly at Pusher and now at DataSift. His job title is Platform Evangelist, which allows him to do everything from buying milk, to building software, to talking at events.

His talk will be all about Social Data.

Are you organizing Social Developers London - MAY 2014?

Are you an organizer of Social Developers London - MAY 2014 ? 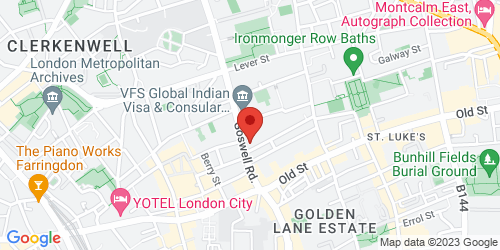