🎫 A ruffle of cool prices

👥 Meet old and new friends from the community

🎉 Open-end in a nearby bar

Juan Herrera is a Google Developer Expert in Angular 🅰 and Web Technologies 📱, certified Sprint Master 💡, and community organizer. He works for Parkside Interactive as a Software Developer where he constantly advocates for a culture of engineering excellence. He loves dancing and singing 🤵.

▶️ The most infamous code smells in Angular Applications
Join us to learn the most villainous code smells you will find in most Angular applications along with an elegant solution for each one of them.

In this talk, we will share some of the pitfalls Angular developers easily fall into, why they emerge, and how you can prevent them from happening again. This talk touches base on:

This content of this talk also takes into account a survey made to Angular Experts worldwide sharing the code smells they considered risky. Join us and find out the results!

Eliran is an Experienced FE developer, specialized in B2C applications located in Tel Aviv, Israel. He is a developer, trainer, and consultant with a focus on Angular and the eco-system around it.

Eliran is one of the Organisers of AngularUP Annual Conference in Tel Aviv, and also an organizer and leading the Angular-IL meetup & community. He is often speaking at conferences and Meetups and also writing for AngualrInDepth.com.

▶️ Everything you need to know about Ivy - the new renderer engine

After a long time of waiting, it’s finally coming for real — Ivy is HERE!

In this talk, Eliran will demonstrate why Angular Ivy is truly a game-changer, what's the benefits of it, how it makes Angular much more dynamic and breaks the concept of NgModules.
We will understand how we can leverage the Ivy renderer to create higher-order components (HOC), what is incremental DOM and how to import non-routable components dynamically to make our application much faster and much flexible.

WE ARE LOOKING FOR SPONSORS

Fill out the form here: http://bit.ly/angular-vienna-sponsorship

Are you a seasoned speaker, or is this the first time you hit the stage?
Want to give a talk at one of our next events? We would like to have you.

We value your safety.
Please check our Code of Conduct here: http://bit.ly/angular-austria-coc

Are you organizing September Meetup?

Are you an organizer of September Meetup ? 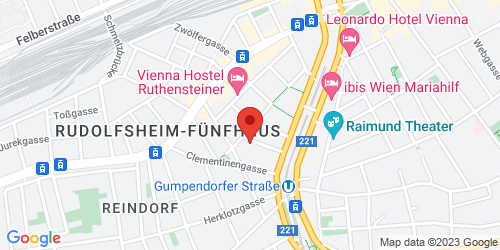