San Francisco Virtual Reality 360 ôctō is a new event taking place at River Ecosystem on October 20th 2017. The event is co-organized by Micah Blumberg, Joseph Lang, and our guest host is Kevin Kunze.

We were so happy to host the first SFVR 360 event at River Ecosystem in September that we decided to do it again and this time we are joining forces with Kevin from Kunze Productions! Kevin will broadcasting the live panel discussions in 360 video for the people at home. You will also get to talk to Kevin about his award winning 360 VR Video film work.

“Kunze Productions is an award-winning 360° virtual reality video production company based in the San Francisco Bay Area. Since 2011, we've served clients across the globe from concept to distribution. Take a look at some of the work we've directed from interactive movies to feature length films.”

For San Francisco Virtual Reality 360 ôctō we wanted to find out how innovative technologies such as Virtual Reality and Augmented Reality are being used in the medicine, healthcare, education, and the corporate sector.

What practical uses do these technologies have in our everyday life and we want to hear from YOU!

We invite you to join us on October 20th for an evening of demos, discussions, and ideation activities. We will have a panel of speakers who use XR in different industries and facilitate a discussion on where these tools exist currently and what we can expect in the future.

As an innovative community, we have the chance and opportunity to shape how these technologies are used in the world. We will have an interactive workshop, where we collaborate on uses of VR, AR, and MR in multiple fields.

Try the latest VR technology, learn from and talk to pioneers in the field, and meet your fellow VR community in a casual, friendly atmosphere. The address at River Ecosystem and at River Studios is 1062 Folsom St SF CA 94103.
The event hours will be from 6pm to 10pm.

Want to demo? Want to talk? Email Joe at [masked]

Are you an organizer of San Francisco Virtual Reality 360 ôctō ? 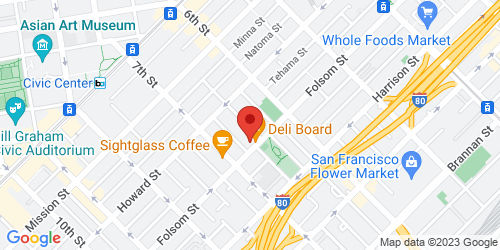