With so many tech startups finding success in New York, Tech In Motion thought it would be valuable to hear it straight from some of the best at the game, the founders themselves who can successfully say they’ve “made it.” It’s one thing to think of an idea, propose it, and create a startup for yourself, but how do you draw the line from just another startup to a prosperous business?
At this event, the panelists will consist of Founders, Co-founders & entrepreneurs giving their insight on what they’ve found to work and not work in the city, as well as their own personal struggles and successes of starting and growing their company in New York
Panelists:
• Drew Silverstein, CEO & Founder of Amper Music
Drew believes that humans and artificial intelligence are extraordinary collaborators and strives to use this relationship to propel the creative process forward. Previously, Drew was an award-winning composer, producer, and songwriter for film, television, and video games in Los Angeles at Sonic Fuel Studios. Drew graduated from Vanderbilt University’s Blair School of Music, where he studied Music Composition and Italian, and holds an MBA from Columbia Business School.

• Dominic Tancredi, CEO and CTO of DOM & TOM
Dom has more than 18 years of experience as a full-stack web developer and has led the team at Dom & Tom as CEO since the company’s creation in 2009. Also D&T’s CTO, he has been a member of New York’s CTO School since 2014 and is a certified Scrum Master and Product Owner. He lives by his personal mantra "Do Good. Be Good." and is committed to building best-in-class, cutting edge technology.
Over the last seven years, Dom has been at the helm of an agency that has launched more than 90 mobile and 300 web products and has created applications for dozens of startups as well as enterprise-level clients. The company, which he started alongside his twin brother Tom, now employs more than 60 people in New York, Chicago and Los Angeles. In addition to creating groundbreaking web and mobile projects, D&T also builds software applications for emerging technologies such as virtual reality, IoT and beacon technology.
Fun fact: Dom holds degrees in both computer science and theater.

• Josh Brenner, Serial Entrepreneur + Product Leader
Josh Brenner is an entrepreneur and product leader with an intense passion for helping businesses of all sizes be more successful. Josh was founder and CEO of bTreated, a yield management technology platform for the wellness industry acquired by Spafinder Wellness in 2012. Josh also founded City Lunch Club, a restaurant discovery engine designed to help people get out of the rut of always ordering from the same places. Josh is currently consulting to startups in the restaurant and retail sectors, and previously held product leadership roles at Nomi, Visible World, SkedgeMe, and Intuit. Josh has also served as an advisor to innovative startups including Shopkeep and Terms on Time. Originally from Long Island, Josh graduated with a marketing degree from the University of Wisconsin–Madison, and currently resides in New York City with his amazing wife Erin.

Panel will be moderated by:
Samantha King, Division Manager of Motion Recruitment Partners
Samantha King has been assisting companies grow from start-up to enterprise over 8 years of her recruiting and sales career. As the Division Manager of Motion Recruitment, she has had the opportunity to advise and impact recruitment process and growth strategies, and to use her industry knowledge to serve a larger audience on BBC World News, VentureBeat  and as a moderator for panels on Women in Technology and The Internet of Things. Her team at Motion Recruitment strives to provide a unique and consultative approach to recruiting, providing specialized and localized team based services to their clients and candidates. As founders of Tech In Motion, Motion Recruitment aims to provide a unique and open forum for networking and learning to the tech community across the United States and Canada. Samantha has a BBA from The George Washington University and grew up in Maryland before moving to New York where she resides in the East Village.

Are you organizing Reality Check: Why Startups Succeed and Fail (Panel Discussion)?

Are you an organizer of Reality Check: Why Startups Succeed and Fail (Panel Discussion) ? 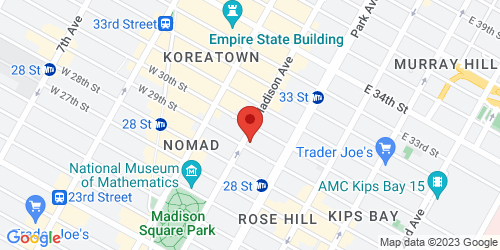