Race and Difference in the 21st Century

Globalisation drives people as well as capital to move, making our societies even more ethnically diverse. For many ethnic diversity is a simple fact of modern life. For others it is a source of tensions leading to social breakdown. What does ethnic diversity mean for us now? If multiculturalism is dead, what should take its place? How can all engage in the public sphere without their identity being threatened? Are there parallel public spheres? Can we all be different and all live together? These are major questions for the 21st Century and the focus of this meeting held in partnership with Runnymede (www.runnymedetrust.org). Speakers include, Afua Hirsch is the Guardian's legal affairs correspondent. She has practiced at the bar in criminal defence and public law and teaches constitutional and human rights law. She is a barrister, has been a tutor and a Special Projects Coordinator at the Open Society Initiative for West Africa. Michael Keith has a personal chair, University of Oxford and is the Director of COMPAS (2008>). His research interests focus on the interface between culture, urbanism and migration. His current work develops past projects on the dynamics of urbanism, the study of cultural difference and the impact of migration on structures and processes of governance. Michael was formerly Professor of Sociology, Head of Department and Director of the Centre for Urban and Community Research (CUCR) at Goldsmiths College, University of London. He has also been a politician in the East End of London for twenty years and was at various times leader of the Council in Tower Hamlets, chair of the Thames Gateway London Partnership [masked]) and Commissioner on the National Commission on Integration and Cohesion[masked]). Zubaida Haque - Zubaida has worked extensively for Government in various departments (DfES, Home Office and DTI). In 2001, she was asked by the Home Office to be a Panel member on the Oldham Independent Review Team, an Education advisor to the Community Cohesion Review Team and a departmental representative on the Home Office Community Cohesion working group. Zubaida has also undertaken research for the Runnymede Trust, for the University of Westminster Business School, for Demos, the East London and City Health Authority and the UN and World Bank in Bangladesh . Zubaida has also worked on projects and speeches relating to Muslim communities, Islam, radicalization and terrorism for various politicians, the CRE and the previous Home Secretary. UnLtd has provided opportunity for many people from different ethnic backgrounds to feel a part of both community and society through the development of social enterprise. Some of these enterprises have been about developing social cohesion and others about making the voices of ethnic minorities heard. UnLtd will provide us with one or two examples of how their work is helping to develop public space and opportunity for people of different ethnic backgrounds and what this means for a social cohesion that also celebrates difference. The meeting will be Chaired by Rob Berkeley. Rob is Director of the Runnymede Trust, an independent policy-research organisation focusing on 'race' and social policy. His doctoral studies focused on exclusions from school. He is a Senior Adviser to the British Council, a member of the Paul Hamlyn Foundation Social Justice Committee, and Chair of the Advisory Group of the National Resource Centre for Supplementary Education. The Runnymede Trust has sponsored this meeting in partnership with 21st Century Network and we are grateful for their support. Unltd has kindly offered us premises for this meeting and we would like to thank them for doing so.

Are you organizing Race and Difference in the 21st Century?

Claim Race and Difference in the 21st Century

Are you an organizer of Race and Difference in the 21st Century ? 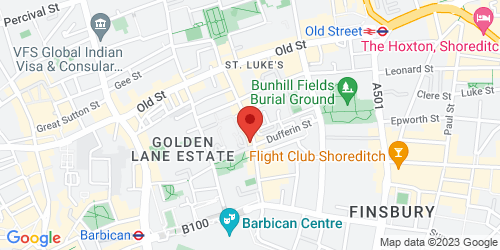