In this meetup we will have the following exciting talks:

The data volume of cosmological surveys has increased by several orders of magnitude over the last years and it continues to grow. For example, the Large Synoptic Survey Telescope (LSST), planned to see first light 2019, will produce tenths of TBs of data per night. To handle these data volumes, cosmology will have to resort to very fast, automated data processing techniques, such as neural networks. In this talk, I will show how a Convolutional Neural Network can be used to estimate the Point Spread Function (PSF) of images produced by cosmological surveys. The results we obtained open up good prospects for applying this and other machine learning techniques to various problems in the field.

Neural networks have been used with great success in a growing number of tasks such as text classification, machine translation and image captioning. Despite their success, the intrinsic workings of neural networks are yet to be fully understood. Why does it work? What is actually happening during learning? Obviously, using the concepts of linear algebra and calculus would be like trying to understand a car by looking at the physics of wheels alone.
Recently, a number of publications have appeared that shed more and more light on the inner workings of neural networks, beginning with the intriguing visualizations of Google Brain's Chris Olah and some more insight into information flow in neural networks found by Naftaly Tishby et al.
I'll try to provide an overview of what's currently being published and if there's enough time, play a little with conditional entropy and information gain in a simple feed-forward network.

Shell is powerful, simple, and universal. But Shell is also obscure, baroque, and severely limited. Yet, it is often the most natural way to solve common automation problems.
Stepping back, Shell scripts are one of the most common ways to implement workflows. Building workflows is a critical and core component of automation.
The use of Shell for workflows is often criticized as being ‘quick and dirty’, as Shell's unique power, convenience, and flexibility is burdened by certain serious limitations (a consequence of the history and necessity for backwards-compatibility of common Shells).
This talk will show that it is possible to address the limitations of Shell without throwing away its power, convenience, and flexibility and will present tini.flow, a Python-based attempt to implement these ideas.

Every speaker gets 5 minutes to share interesting insights, projects or other fun stuff.

After the meetup we will have a drink or two.

Are you an organizer of PyData Zurich: Astrophysics meets Deep Learning and Python-based Workflows ? 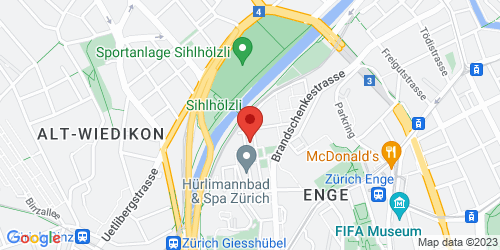