PYCON.DE is the traditional meeting point for people working and playing with Python. Hosted in Germany and held in the English language, it is open to all Python professionals and enthusiasts from Central Europe and all over the world.

The conference will last 3 days with about 45 talks, tutorials and hands on sessions including a PyData track.

PyCon.DE 2017 will be held at the Center for Art and Media in Karlsruhe (ZKM). Karlsruhe as a city and a decisive IT region in the south-west of Germany and the ZKM as a venue represent a perfect match for the PyCon.DE 2017. The Karlsruhe Institute of Technology (KIT) is a nationwide unification of the national research center Karlsruhe with the local university and sets the standard worldwide. In the city and region around 3,600 IT companies with more than 36,000 jobs are located. The industry is integrated into the cyberforum IT company network and has formed a “software cluster”, which has been awarded and sponsored by the federal government.

Are you organizing PyConDE 2017 & PyData Karlsruhe?

Are you an organizer of PyConDE 2017 & PyData Karlsruhe ? 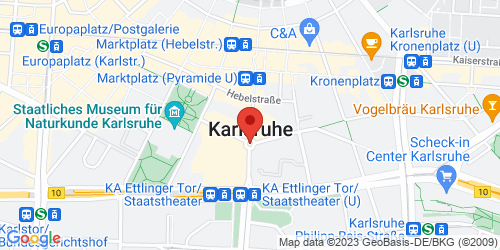