In the next ProductTank on Wednesday 13th of September we will explore how Product Managers can ensure that their teams are able to fail, so that the whole organisation can learn and move forward.

This ProductTank has been curated by Pauline Richey, freelance senior product manager and coach. You can find Pauline on LinkedIn and Twitter.

This month's speakers are:

Tessa is Organisational Development Lead at FutureLearn, helping Teams to develop their practices and adapt their behaviours to become more effective. She was previously a Product Manager at FutureLearn, Comic Relief and the Guardian.

Tessa believes that product teams have the most impact when they learn to accept individual responsibility for failures but share responsibility for successes. She will share some examples of the different teams she has worked with and the story of how she learnt to fail. She'll also share some practical tips for owning failure but sharing success.

Everyone loves the idea of 'innovation' and becoming more 'digital'... but in large organisations where the brand is built on getting things right, build, test and learn is a tricky concept. It's not so much 'fail fast', as 'succeed fast, and don't whatever you do get it wrong'.

In this talk Lucia will look at some real-life examples of making change happen in big complex organisations. She'll explore what happens when things do go wrong (and what do do about it), as well as practical examples of what she's learned about building the best conditions for change.

A former Tech Banker, June Angelides is the founder of Mums in Technology, the first child-friendly coding school in the UK. A lack of options for learning alongside her baby, led June to create a programme where mothers were able to learn about tech in an environment that allowed them to bring their babies.

In just one year, Mums In Technology has worked with over a hundred women, providing them with tech skills, but most importantly, demonstrating a new way for organisations to approach learning for mums whilst helping to close the gender gap in tech.

June will talk about the founding of Mums in Technology, how she worked through her own fear of failure and how she has helped others do the same.

Are you organizing ProductTank September?

Are you an organizer of ProductTank September ? 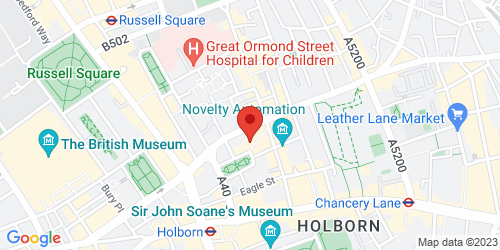