Streaming with KSQL and monitoring Kafka like a Pro

Join us on Slack (https://kafka-london-invites.herokuapp.com/)

Kafka now offers KSQL, a declarative, SQL-like stream processing language that lets you define powerful stream-processing applications easily. What once took some moderately sophisticated Java code can now be done at the command line with a familiar and eminently approachable syntax. Come to this talk for an overview of KSQL with live coding on live streaming data.

Tim Berglund is a teacher, author, and technology leader with Confluent, where he serves as the Senior Director of Developer Experience. He can frequently be found at speaking at conferences in the United States and all over the world. He is the co-presenter of various O’Reilly training videos on topics ranging from Git to Distributed Systems, and is the author of Gradle Beyond the Basics. He tweets as @tlberglund, blogs very occasionally at http://timberglund.com, is the co-host of the http://devrelrad.io podcast, and lives in Littleton, CO, USA with the wife of his youth and their youngest child, the other two having mostly grown up.

7:50 pm - Talk - "Monitor Kafka Like a Pro" with Xavier Léauté from Confluent

Every business has a central nervous system through which all information flows and around which all decisions are made. Sometimes this system is ad-hoc and non-standard, resulting in an architecture that is difficult to reason about and even harder to keep running. Kafka operators need to provide guarantees to the business that Kafka is working properly and delivering data in real time, and they need to identify and triage problems so they can solve them before end users notice them. This elevates the importance of Kafka monitoring from a nice-to-have to an operational necessity. In this talk, Kafka operations experts Xavier Léauté and Gwen Shapira share their best practices for monitoring Kafka and the streams of events flowing through it. How to detect duplicates, catch buggy clients, and triage performance issues – in short, how to keep the business’s central nervous system healthy and humming along, all like a Kafka pro.

Xavier Léauté is a software engineer at Confluent. Previously, he led the
backend engineering team at Metamarkets, running some of the largest Druid and Kafka clusters in production. Xavier is also a Druid committer and PMC member. In a prior life, Xavier held quantitative research positions at BlackRock, Barclays Global Investors, and MSCI.

Are you organizing Streaming with KSQL and monitoring Kafka like a Pro?

Claim Streaming with KSQL and monitoring Kafka like a Pro

Are you an organizer of Streaming with KSQL and monitoring Kafka like a Pro ? 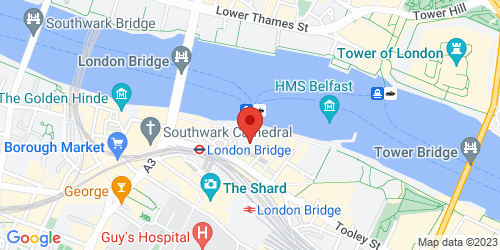