Topic: 8 Steps from No Idea to Funding
Speaker: Joshua Spodek
6:45 - Arrival - Snacks, Pizza and Networking.
7:15 - Introduction / Announcements by the organizers.
7:20 - 7:30 Apply for Startup Demo / Pitches (ONE MINUTE each)
7:30 - 8 Steps from No Idea to Funding -  Joshua Spodek
8:30 - Open-mic to quickly promote your business or broadcast a need that someone in the group might be able to ﬁll.
8:45 - Wrap-Up, discussion of Meetup, feedback and opportunities for improvement or future topics.
8:55 - End of formal part of meeting.
9:00 - Exit Venue and head to After Hours Party - Location: TBA
8 Steps from No Idea to Funding
Entrepreneur, Professor, and Coach at Columbia and NYU, Joshua Spodek PhD MBA will present his eight step formula that brought students and clients from having no idea to funding, job offers, and other success on projects they created from scratch, creating supportive communities including experts in their fields, who enjoyed helping. Most importantly, the process creates passion and purpose for the project. Joshua will describe some success stories and outline the process. Attendees will get free registration for his in-development online course when it's ready.
More About Joshua:

Joshua Spodek earned such praise as “Best and Brightest” (Esquire Magazine’s Genius Issue), “Astrophysicist turned new media whiz” (NBC), and “Rocket Scientist” (Forbes Magazine and ABC News) with success in such diverse fields as science, invention, entrepreneurship, art, leadership, coaching, and education.
A Professor at NYU, he holds five Ivy-League degrees, including a PhD in Astrophysics and an MBA, both from Columbia University, where he studied under a Nobel Laureate. He helped build an X-ray observational satellite orbiting the Earth as part of a multi-billion-dollar decade-plus mission led by the European Space Agency with NASA. He left academia to co-found a venture, Submedia, to bring to market his invention—a technology to show motion-pictures to subway riders moving between stations—starting the field of commercial in-tunnel motion-pictures. Submedia has grown worldwide to install dozens of displays in the Americas, Europe, Asia, and Australia. He holds six patents. He co-founded and helped lead several education ventures, including partnering with New York City Public Schools. He has taught art at Parsons the New School for Design and NYU-Tisch’s Interactive Telecommunications Program (ITP).

Are you organizing Princeton Tech Meetup #38 w/ Joshua Spodek - "8 Steps from No Idea to Funding"?

Are you an organizer of Princeton Tech Meetup #38 w/ Joshua Spodek - "8 Steps from No Idea to Funding" ? 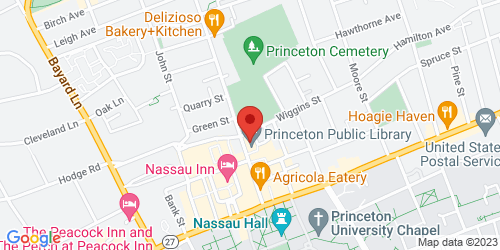