Come learn all about Powershelf®, the new IoT smart retail shelves and how they utilize Azure and PowerBI.

Powershelf is a leading provider of retail technology solutions. The patented technology—the Powershelf system—provides constant power and two-way communications to software-enabled applications and devices that deliver a variety of advertising, merchandising and pricing services to customers. Powershelf is designed to address the critical, ongoing challenges faced by retailers and CPG manufacturers around the world.

The units consist of a series of shelves that hold and display products. Built-in Powershelf technology tracks product availability; when a shelf is empty, a restocking alert is automatically sent to store personnel. The solution utilizes Microsoft Azure and Microsoft Power BI to analyze when, where, and why products sell so fast, allowing retailers and consumer product companies to identify trends and avoid out of stocks before they ever happen.

Larry Mead is the Director of Business Development for Hitachi Consulting in the Southeast focused on Cloud, IoT, and BI leveraging Microsoft Azure. Larry has spent the past 15 years working directly for Microsoft in Microsoft Consulting Services as well as their Southeast Sales Rep/SSP. Larry most recently helped lead IBM’s Microsoft Practice as an Associate Partner prior to joining Hitachi Consulting. Prior to IBM, Larry founded CS-USA, a Microsoft Gold Partner start-up that became a Partner of the Year finalist in 2014 based out of Atlanta, and was awarded Project of the Year nomination at the 2015 WPC in Orlando.

His early career with Microsoft came 15 years ago in 2001 after spending several years in Stockholm, Sweden as the Program Manager focused on process improvement for The New York Time’s partner newspaper “Dagens’ Nyeter” (Daily News). Leveraging this experience overseas, Larry returned to the USA and moved to Washington State to work at the Microsoft-Redmond HQ campus prior to supporting the SE region out of Atlanta, and Saint Augustine, FL where he currently lives full time.

Larry is a former United States Navy Electronics Tech., holds his Bachelors in MIS and a Master’s in International Business from the State University of New York – Albany (SUNY), is a PMP, and owns Microsoft MCP, MCITS, and P-seller certifications. He is also Six Sigma certified, and a faculty professor for graduate level courses at the University of Phoenix. Larry currently lives in St. Augustine, FL with his wife, while his two daughters attend school at GA College & State University (GCSU).

Are you organizing PowerShelf with Larry Mead?

Are you an organizer of PowerShelf with Larry Mead ? 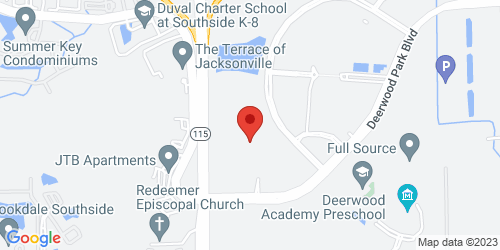