It’s time once again to gather in the beautiful city of Ghent.
Since this is the only PDM we’ll be doing this year, we’re going all out on this one!

We have 3 truly amazing speakers lined up and as always, we have a free open bar with drinks & snacks, setting the perfect scene to get to know your fellow designers during an evening full of interesting talks.

Places are limited, so RSVP quickly ;)

Mathias is a Belgian creative developer based in New York, currently working at Stink Studios where he started in early 2015 as an intern and later transferred into a full time position after graduating from the University of West Flanders.

Although he specializes in creative development he has worked at all stages of digital production, from creative concepting to final development. He has done work for a wide variety of clients including Google, Spotify, and Facebook to produce work ranging from websites and applications to interactive installations exhibited in museums across the US. His work has been globally recognized and awarded by The Webby Awards, The One Show, D&AD and more.

Agnes has interned as a product designer at Marvel in London, and at Basecamp in Chicago. She’s got a background in photography and is originally from Stockholm, where she studied Interactive Art Director at the digital design and business school Hyper Island.

She’s an obsessive questioner who loves to solve abstract problems with simple and friendly design solutions.

Robert Gaal is a Dutch entrepreneur and a hacker since he was nine years old. When ending high school he skipped a formal education in favor of web development and design. Within 3 years he was awarded by BusinessWeek as Europe’s Top Young Entrepreneur.

He is the co-founder of Wakoopa, a digital research company based in Amsterdam which was acquired by Netquest. He co-founded mobile provider Karma shortly after, which was invited to TechStars New York. The company received investment from 500 Startups, DFJ, and others.

After that, he worked in Mountain View at Google as a product manager, where he was involved with the introduction of material design and Alphabet. He came back to Amsterdam to become the Managing Director of TQ, a tech hub in the center of Amsterdam.

Are you organizing PDM Ghent 2017? 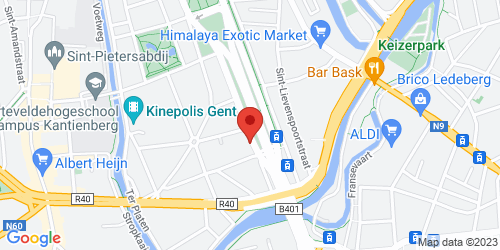