NeurotechSF
Every other Friday at Noisebridge from 7pm to 9pm Join NeurotechSF at Noisebridge every other Friday from 7pm to 9pm for a Guild Night for NeuroHackers to work together to adapt Brain Computer Interfaces to fit Virtual Reality Headsets and incorporate Artificial Neural Networks for interpreting and visualizing the sensor data.
Goal #1 Adapt OpenBCI hardware to fit the HTC Vive and or HTC Vive Pro (in the midst of acquiring one)

This project is about combining Brain Computer Interfaces, with VR, AR hardware, with deep learning neural networks, and more.

This will allow us to have the flexibility to integrate different sensor systems as they become available. I’m interested in making an OpenEIT Electrical Impedience Tomography headset that fits the HTC Vive as the follow up project, and there are plenty more projects like that.

I also represent a developer called the Vision Agency that makes MicrodoseVR at MicrodoseVR.com and our team has already built an application that uses the Muse EEG faceplate for HTC Vive to track your heart beat and make the graphics in the VR app pulse with the beat of your heart.

Hardware
If you have Cytons, Shields, and sensors that we can borrow that is a great start for us!

I want to explore how we can integrate other types of sensors beside EEG.

Do you know anyone who has experience creating 3D designs so that we could create a 3D printed headset that fits the HTC Vive and supports the sensors as well as the Cyton and Wifi Shield?

Software
We would like to build support for this in both Unity and Unreal Engine.

There are a couple of different approaches I am thinking about on the software end, a friend of mine is making pointclouds that are neural networks, so I want to send EEG signals into that point cloud neural network so that its visual changes are a reflection of our EEG waves, in addition to that I want to encode the light and the sound with binaural beat or isochronic beat patterns so it’s very stimulating, but also EEG driven.

• What to bring
It would be good to bring your laptop, pens, notebooks, anything you want to bring really, no requirements.

• Important to know
We are inviting the NeurotechSF group to join the Neuroscience Dream Team for their meetup every Wednesday from 8pm to 10pm, but that is for conversation, and we do not have operational control over that. This Friday event is our Guild night to work on projects that we want to work on and organize it our way.

Are you organizing NeurotechSF + SF VR: Meet every two weeks to combine BCI with VR, AR, and AI?

Are you an organizer of NeurotechSF + SF VR: Meet every two weeks to combine BCI with VR, AR, and AI ? 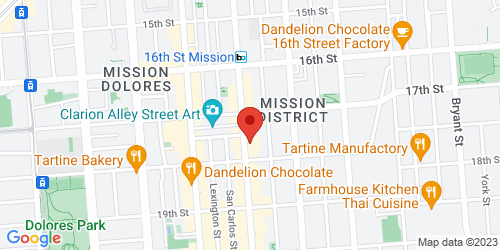