Few exciting announcements in this email. The first is that we'll be hosting the Network Society NYC event with David Orban on Sunday 4/26 at Fueled. David is the CEO of Dotsub and Advisor to Singularity University.

The event will focus on how decentralized and distributed technologies will shape our future, and what action we can take now to deal positively with this drastic change. This event will be discussion based and more intimate in nature, so please only RSVP if you will be in attendance.

We also have two other exciting events to highlight. On April 22nd we have the Tribeca Film Festival of Imagination, and on April 30th Sander Rabin of of the Center for Transhuman Jurisprudence will be hosting a presentation titled "Transformational Leadership in Emerging and Disruptive Technologies."

More information on these events can also be found below!

The Network Society - RSVP via this email

A set of simultaneous technologies is growing exponentially, with the common feature of being decentralized, and organized in a network. This contrasts with the centralized and hierarchical organization of today’s traditional society and its basic functions. The shift from the old to the new structure will subject the Nation State to an unprecedented pressure. The Network Society project creates a vision and analytical tools to allow individuals, enterprises and the society at large to deal positively with this unstoppable change.

Topics of discussion include:

• How do you see your life changing in ten years due to decentralized technologies?

• Who are the enemies of this change? Can they stop it?

• What are the smartest questions facing the Network Society?

• Does the Network Society have a business model? Does it need one?

• How do we get from here to there, while minimizing chaotic disruption?

Film and entertainment meets the real world of innovation. It's all real! With top global thought leaders coming to explain how it all came about, what's happening NOW, and the future of our world with 3D printed food, flying cars, driverless cars, robots that behave like humans, cities of robots underwater, space travel. It was created for those who think outside the box and imagine ahead of our time. I promise you will have a WOW moment and be inspired.

Leadership is mostly about winning at the expense of others in a zero-sum game that stands on an unquestioned assumption of scarcity. Look around, and it’s clear that this point of view has given us the unworkable world we live in. This point of view also informs leadership in emerging and disruptive technologies; and, if unchallenged, will lead us into a future that looks a lot like the present only worse in terms of destructive impacts.

To shift leadership out mastery at winning a zero-sum game and into mastery at manifesting possibility, Sander Rabin of the Center for Transhuman Jurisprudence http://www.transhumanjuris.org (who spoke on Law and Transhumanism) is hosting a presentation at Landmark Worldwide http://www.landmarkworldwide.com  for people dealing with emergent and disruptive technologies.

The event will introduce an alternative, out-of-the box, worldview for humanity*, designed for it to flourish, which is at the heart of Landmark’s flagship program the Forum. It’s about leadership into a future by design rather than default. At the end of this introduction, there will be an opportunity to register into the Forum, as transformational leadership starts with personal transformation, but this a matter of individual choice.

Are you organizing Network Society NYC Meetup with David Orban?

Are you an organizer of Network Society NYC Meetup with David Orban ? 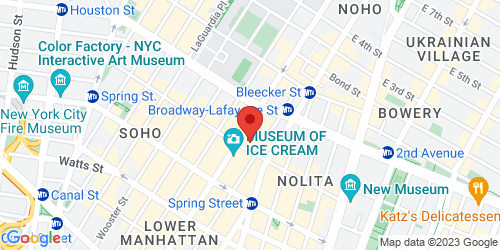