Nemcubator & Blockchain Pitch Contest - Come learn about the Nem Blockchain and hear about the benefits of being in a Startup Incubator. Hear about the first Nemcubator (Nem Incubator). Meet other blockchain & crypto enthusiasts. Hear some blockchain startups pitch their idea for a chance to win $1,000 and learn from some Blockchain Experts too!

NEMcubator signup + discussion with people getting chance to split into groups to discuss their ideas for NEMcubator.
At the end, we recap ideas discussed.
Announce the Winner of the Nem Pitch Contest. (5mins)

These are fast pitches! There will be a hard stop time in 1 or 2 minutes TBD at the start of the event. So be fastad ready for a couple questions.

Judges will be looking for the best pitch that clearly describes the following:
1. Problem (Market size)
2. Solution (Value proposition)
3. Technical advantage (IP, first mover, traction)
4. Team (Experience & Ability to execute)
5. The ask. (What do you need)
6. Best answer to "the" question in Q&A.

Jeff McDonald, Advisor to the NEM Foundation
Jeff McDonald is presently an official advisor for the NEM Foundation. He is the former Vice President of the NEM Foundation and has been working as a Core Team member on the NEM project since before its launch. He worked from 2008 until 2017 as an assistant professor at Keimyung University in South Korea teaching communications classes. Before that he worked in Lesotho, Southern Africa for two years as a US Peace Corps Volunteer. Jeff has been a blockchain enthusiast since 2013 and an advocate for blockchains to be used as more than just a ledger for financial transactions but instead also as a ledger and security solution for valuable information. As the inventor of the Apostille protocol on NEM and the CEO of LuxTag, a company offering the most advanced document notarization and tokenization solutions on the blockchain, he further champions expanding boundaries of blockchain beyond sending money.

Pavel Kravchenko, PhD
Pavel is the Founder of Distributed Lab. He is a technology entrepreneur, cryptographer, software architect, blogger, public speaker and relentless dreamer. Pavel studied information security since 2003 including advanced topics such as cryptography. He recieved his PhD in Cryptography in 2012 from Kharkiv Naional University of Radioelectronics after publishing a groundbreaking thesis on securing public infrastructure. In adition to Distributed Lab Pavel is also a co-founder at Shelf.Network and before that was Vice Chancellor at Kharkiv National University. He was also a cryptographer who worked with the Stellar Development Foundation.

Lasha Antadz
Founder at Shelf.Network a distributed auctioning network that is a “market making protocol” connecting auctioning marketplaces P2P. Lasha did not create a native coin or an ICO but rather joined Techstars and bootstrapped a specific use case (used car auctions).

With your donation you get food and drinks and a chance to win some prizes like a Bitcoin token or a giftcard. So invite some friends new crypto & blockchain so they can learn and see the variety of people and technologies that are the future of money and the internet.

Are you organizing Nemcubator = The Nem (Blockchain) Incubator & Pitch Contest!?

Are you an organizer of Nemcubator = The Nem (Blockchain) Incubator & Pitch Contest! ? 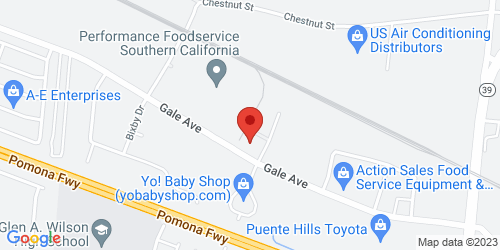