On Wednesday, March 9th starting at 6:00, the MobileTea meetup and MassTLC will present the 9th edition of MobileTea. This evening event consists of knowledge and networking for anyone interested in Test Driven Development for mobile developers from a general introduction to cutting practices for iOS, Android and mobile friendly API.

Participation is “free as in beer” and consists of 5 keynote speakers interspersed with 4 networking sessions that include live DJ’d music and hors d'oeuvres.

Presentations will vary from 20 to 40 minutes and are followed by 15 minutes of networking.  Be prepared for an informal atmosphere, great food and drink.  Bring your passion for all things development, we look forward to meeting you!

A Practical Guide To Succeeding with TDD [J. B. Rainsberger www.jbrains.ca]
I originally chose to learn and practice TDD because I made too many mistakes and wanted to find and fix them sooner, so I first thought of TDD as a testing technique for programmers. Later, after I got my mistakes under control, I noticed that testable code tended to be well-designed code, so I realized that TDD isn’t a testing technique, but rather an evolutionary design technique. Over the years, I noticed that practicing TDD didn’t just guide me towards better designs, but rather it guided me towards a better understanding of the design principles that I managed not to learn from textbooks. I stopped thinking of TDD as a design technique and began thinking of it as a really-learn-the-principles-of-good-design technique. I have taught TDD this way for over a decade and now thousands of programmers have developed their design skill as naturally as the way they learned to speak their native language.
Of course, TDD didn’t change; I did. And TDD wasn’t even the most important ingredient in my evolution as a programmer!
In this session, I will share a little about how and why I adopted TDD, how it has helped me, and why I continue to do it over 15 years later. After that, I want to take your questions about TDD: how, why, when… whatever! In the process, I’ll even get to show you what incremental delivery really means.

Please bring your deepest, toughest, most burning questions about TDD. We can talk about both code and people, so don’t limit yourself. Ask anything! (If you don’t ask enough questions, I’ll just talk more about whatever I want to talk about.)
(speech level: intermediate; duration: 40 minutes)

Unit Testing Node.js Middleware [Morris Singer @morrissinger]
Even for JavaScript software developers well-versed in Agile practices, using test-driven development in the development of Node.js-based webservers can be challenging. In this presentation, I identify solutions to some of the most significant challenges to using TDD to build middleware stacks, with a focus on Express and Koa.
(speech level: intermediate; duration: 25 minutes)

For mobile developers, testing the product as a whole often means running tests in a UI automation framework. The application is treated as a black box in which all the inputs and outputs happen through the same interface with which the end user interacts. At Localytics, our mobile team develops client libraries that our customers integrate into their applications. The primary function of our client library is to package up information the application gives us and send it to our servers. For us, black box testing with the UI as our input and output is not very useful. Instead, our input is the application facing API, and our output is the network. To help us test our client library we have developed a mock server that lets us capture network requests and validate that they contain the correct data. This allows us to call into our client library and validate all outputs in an isolated testing environment. In this session I will discuss our need for the mock server, how it works, and other testing scenarios in which it may be useful.
(speech level: intermediate; duration: 20 minutes) 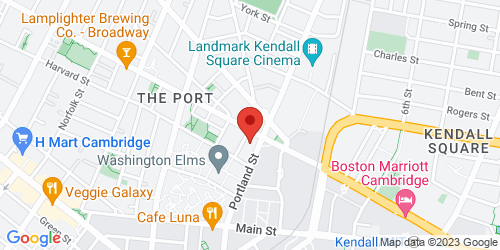