Join us for an evening with Miles Sabin, Bogdan Roman and Corneliu Bohantov! Come over for a drink, food, talks and some networking with us!

On a side note, if you fancy going to the Scala days Berlin 2016 Conference? Using the code "GOTOscala" will present you with discounted ticket prices!

Abstract: Many idiomatic Scala libraries for serialization use type classes to express their ability to encode or decode values of particular Scala types to and from the formats they support.

Typically those libraries provide default instances for "standard" types and various ways of combining them. Library users must write instances for their own data types in terms of those. This is usually a time consuming and laborious process, but it is nevertheless completely mechanical, based entirely on the structure of the types involved.

So wouldn't it be nice if we could persuade the Scala compiler to use the structure of those types and do the work for us? Building on shapeless's core generic programming primitives and support for automatic type class derivation we can!
In this talk I'll introduce some of the projects which have adopted this strategy - Scodec, Circe, spray-json-shapeless and argonaut-shapeless to name just a few - and explain the surprisingly simple underlying mechanisms that allow them to do what they do.

Bio: Miles has been doing stuff with Scala for more than ten years, currently with Underscore Consulting. His best known project, the Scala generic programming library shapeless, is the weapon of choice wherever boilerplate needs to be scrapped or arities abstracted over.Head over to Miles' blog (http://milessabin.com/blog/), check out his projects on GitHub (https://github.com/milessabin) and follow him on Twitter @milessabin.

Title: Dos and Don’ts when starting with Scala and Akka

Abstract: A leader in mobile banking platforms needed to dramatically improve the agility and cost effectiveness of its platform and so embarked on a strategic platform evolution. Due to the need for business agility, a microservices architectural style was adopted early in the planning phase and the key implementation technology set chosen was Scala, Akka and Spray. The project is deployed onto a well-known Iaas platform and had to address a large number of technical challenges as it has developed. The talk will explore some of the lessons learned during the evolution of the platform

Bio: Bogdan is a Software Engineer at Endava, primarily focused on JVM based languages and technologies. He is involved in most of the technical aspects of software engineering, from design, development and quality assurance, to infrastructure, configuration and release management. His area of expertise includes developing systems for banking and payments industries.

Title: Developing a microservice blueprint - from architectural concept to a reactive implementation

Abstract: Microservices have become all the rage during the last few years. One side effect of using such an architectural style is the need to develop tens or even hundreds of services, and if left unchecked each of these can have a distinct implementation style with many technical decisions taken independently within each service implementation.
There are benefits from a certain degree of standardisation though, especially in the Enterprise. This talk explains how we have approached this problem by extracting common parts of microservices into an architectural service blueprint, and then translating them into reusable implementations using the Typesafe Reactive Platform.Along the way I will mention some of the benefits of the approach and the difficulties encountered by a distributed team on a real project who actually did this.

Bio: Cornel is a Development Lead at Endava. A self-confessed generalist, he enjoys constantly learning
more and knowing less about technology and business. Always ready to challenge client assumptions or the status quo, he sometimes stumbles into unexpected situations, sets the wrong expectations or is wildly off the mark in his estimates and is a firm believer that you cannot improve unless you fail. When not bothering people with meaningless philosophical questions, he enjoys playing football in amateur competitions.

Are you organizing Miles Sabin, Corneliu Bohantov and Bogdan Roman on Scala/Akka?

Are you an organizer of Miles Sabin, Corneliu Bohantov and Bogdan Roman on Scala/Akka ? 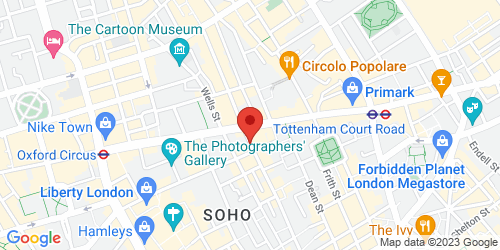