Meetup #18 @Criteo OpenTracing in Paris and Traefik in Kubernetes

Join us at Criteo as we welcome the core maintainers of OpenTracing to Paris and talk from Pierre Mavro Co-Founder at MySocialApp.

Come to our upcoming CNCF Paris meetup, hosted by Criteo.

OpenTracing is a Cloud Native Computing Foundation (CNCF) project, which provides a vendor-neutral open standard for distributed tracing and is used by hundreds of companies in production systems. Tracing technology follows the path of requests through a system at scale offering diagnostics and root cause analysis.

You’ll hear about how MySocialApp has successfully automated SSL on top of Kubernetes with distributed Traefik – both their challenges and successes. Also, learn from Ted Young how to use OpenTracing to get visibility into your systems at scale.

1 - Keynote by Ted Young of OpenTracing

Ted will kick us off with a survey of the cloud-native landscape, the part OpenTracing plays in it, and how developers can stay informed about the latest technologies.

Ted Young is the lead maintainer for the OpenTracing project and works at LightStep. You can find him on Twitter at @tedsuo.

2 - Traefik on Kubernetes at MySocialApp by Pierre Mavro

In this talk we present how Traefik works in HA mode with Let’s encrypt and how it’s used at MySocialApp. We’ll see how automation works from the bootstrap, to the SSL with automatic DNS management. We’ll talk about feedbacks, Let’s encrypt blacklisting and how to overcome blacklisting.

Hope to see you there :)
The CNCP organization team

Are you organizing Meetup #18 @Criteo OpenTracing in Paris and Traefik in Kubernetes?

Claim Meetup #18 @Criteo OpenTracing in Paris and Traefik in Kubernetes

Are you an organizer of Meetup #18 @Criteo OpenTracing in Paris and Traefik in Kubernetes ? 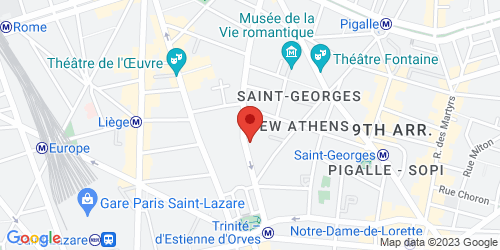