ProductTank PDX is back for our spring meetup, hosted by New Relic - with a great speaker from Zendesk!

From Builder To “Product”

What’s the difference between building things and working in "Product" with a capital P? That’s something that Toby Sterrett, Director of Inbox at Zendesk, is still in the process of figuring out. After a decade of designing and building websites for clients as a freelancer, Toby entered the startup game in 2007 when he joined Powerset, a natural language search company. He dabbled in some side projects here and there, building Stafftool, a management app for churches and non-profits, and Laterstars, an app for saving links for later from Twitter. However, It wasn’t until his 4th year helping build a bank from the ground up at Simple that the concept of “Product” became something he started paying attention to. At Simple, eating your own dog food and building it yourself was the law of the land. At Zendesk, he’s starting out as product owner, talking to customers as much as possible, and building a team.

He’ll go over his experiences transitioning from a solo builder of products to building a Product team, the benefits and pitfalls he’s found of dogfooding and research, and what he’s hoping to learn in the future.

When he's not working on Inbox, he's probably listening to metal, playing drums, or hanging out with his wonderful wife and the two cutest kiddos in Portland.

A reminder, if you are interested in speaking, or have connections who would make great speakers, please let us know! Also, if your company is interested in hosting and/or sponsoring a future event, please send us a note.

Are you organizing May ProductTank PDX?

Are you an organizer of May ProductTank PDX ? 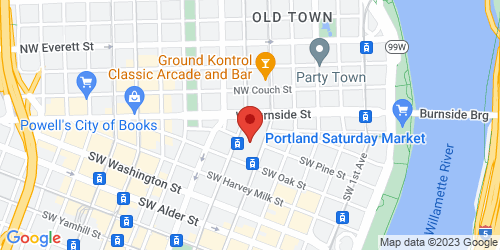