Please Note: booking will close at 12noon on Thursday 10th May

Cost: Free to attend and open to BCS members and non-members.

ICL Professor of Computer Engineering in the School of Computer Science at the University of Manchester, UK. After completing a BA in mathematics and a PhD in aerodynamics at the University of Cambridge, UK, he spent the 1980s at Acorn Computers, where he was a principal designer of the BBC Microcomputer and the ARM 32-bit RISC microprocessor. Over 100 billion variants of the ARM processor have since been manufactured, powering much of the world's mobile and embedded computing. He moved to the ICL Chair at Manchester in 1990 where he leads research into asynchronous and low-power systems and, more recently, neural systems engineering, where the SpiNNaker project is delivering a computer incorporating a million ARM processors optimised for brain modelling applications.

Back in the early 1980s, the BBC Microcomputer introduced a generation of UK schoolchildren to computer programming. The BBC Micro was developed by Acorn Computers Ltd, based in Cambridge, UK. Following the success of the BBC Micro, Acorn looked for a microprocessor around which to base its product evolution, but the standard industry offerings did not meet Acorn’s requirements, so they embarked on the ambitious plan to develop their own processor. The result - the Acorn RISC Machine, or ARM - was small and simple, and turned out to be ideally suited to the emerging System-on-Chip market of the 1990s. Today descendants of the original ARM, now developed by ARM Ltd, dominate the mobile consumer market, and over 100 billion have been shipped by ARM’s many semiconductor partners. The SpiNNaker (Spiking Neural Network Architecture) project at the University of Manchester, UK, is building a million ARM processors into a highly configurable platform for brain-modelling applications. The information processing principles at work in the brain remain as one of the great mysteries of science, and with SpiNNaker we hope to contribute to unlocking this mystery, in collaboration with many others through vehicles such as the EU ICT Flagship Human Brain Project.

Car Parking: There is no parking available on-site, but there are a number of car parks nearby: http://www.manchester.gov.uk/site/scripts/directory_search.php?directoryID=52&keywords=&postcode=M2+3EY.

Are you organizing Manchester Branch - From ARMS to Brains - from the Acorn RISC Machine to Spiking Neural Network Architecture?

Are you an organizer of Manchester Branch - From ARMS to Brains - from the Acorn RISC Machine to Spiking Neural Network Architecture ? 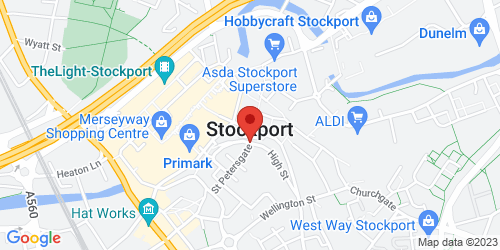