We have two great presentations scheduled for our March meetup next Monday. The first is about MLJ, a comprehensive machine learning toolbox in Julia developed by the Alan Turing Institute. The second talks about using low precision numbers for climate modelling.

MLJ, an open-source machine learning toolbox written in Julia, has evolved from an early proof of concept, to a functioning well-featured prototype. Features include: A flexible API for complex model composition, such as stacking; Repository of externally implemented model metadata, for facilitating composite model design, and for matching models to problems through a MLR-like task interface; Systematic tuning and benchmarking of models having possibly nested hyperparameters; Unified interface for handling probabilistic predictors and multivariate targets; Agnostic data containers; Careful
handling of categorical data types.

In addition to demonstrating some of these features, Anthony will discuss relationships with other Julia projects in the data science domain.

Anthony was initially trained as a mechanical engineer, topping his class at the University of Melbourne in 1991. After completing a MSc in Aeronautics and a PhD in Mathematics at Caltech in 1998, he joined the University of Auckland as a Lecturer. For a while he switched to part-time teaching, focusing on his young children, whom he homeschooled while living on the small island of Waiheke.

Anthony is a co-creator and the lead contributor to MLJ. While presently focused on data science, Anthony continues to publish his research in peer-reviewed mathematics journals on a semi-regular basis.

Towards 16bit weather and climate models: Evaluating posits as an alternative to floats in Julia.

Weather and climate models are based on 64bit double precision floating-point arithmetic. Recent studies show that floats with only 32bit (single precision) or even less allow for accurate weather forecasts. However, floats might not be the best bit-wise representation of real numbers in the wider field of computational fluid dynamics. Posit numbers are a recently proposed alternative floats and although no standardised posit processor exists yet, we emulate posit arithmetic with a Julia-based emulator on a conventional CPU. A medium complexity atmosphere/ocean circulation model written in Julia is shown to be as accurate with 16bit posits as with 64bit floats. The results are promising for weather and climate models being largely based on 16bit computations with a great potential speed-up on specialised hardware in the future.

Milan holds an MSc in Climate Physics and is currently a PhD student at the University of Oxford. Over the last years his aim to improve weather and climate models turned more and more into a computer science problem. He started programming in Julia about a year ago mainly to escape the Fortran-dominance in the weather and climate community. Since then he speaks up for a wider acceptance of Julia as a reasonable modern language for high performance climate models. When he's not too busy in his PhD he loves adding new features to his atmosphere/ocean circulation model or produces fancy turbulence animations.

Are you organizing Machine Learning, and Climate Modelling, in Julia. ?

Are you an organizer of Machine Learning, and Climate Modelling, in Julia. ? 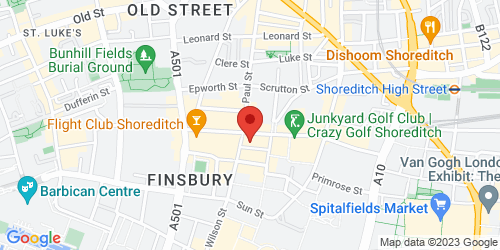