Following the BeMyApp hack weekend we hosted in November 2011, a number of those that took part suggested we run a preparatory event to help future participants make the most of their time over the next such weekend we host.

So, we're doing just that!  This Masterclass is open to anyone interested in getting advice on building and marketing great apps from seasoned app developers.  If you're thinking of participating in BeMyApp, this event is designed to give you advice and food for thought before you compete over the weekend of 24-26 Feb (more info here: http://www.meetup.com/london-silicon-roundabout/events/44312792/)

The evening's presentations will include some detailed case studies to help anyone who is looking to start building mobile apps or wants to get some tips on improving their performance in app stores.

6:15pm Antonio Mendes Pinto, Toze Labs (via dial-in)
"Lessons learned from launching 5 mobile apps"
Before they started seeking investment for their latest app, Antonio and his team twent through five app launches to learn some valuable lessons and apply them to their final product.  Antonio will share what he learned from those experiences and how his team went about reiterating their production processes.

6:45pm Simon Halberstam, Kingsley Napley LLP
"Legal concerns for the app developer"
Simon will talk through the things you absolutely must do when launching your app on the market place.  He will also provide attendees with an eguide on the subject so you can make sure your app is well protected in the legal minefield.

7pm Ben Medlock, SwiftKey
"Using apps to take on big business"
App stores provide an unprecedented opportunity for small businesses to deliver software to key decision makers in major organizations, as well as offering an affordable way to gain valuable and independent market feedback.  Ben will share the story that led to SwiftKey becoming one of the leading paid Android apps in several markets.

7:45pm Ian Malone, We Are Apps
"How to produce a successful app: 10 key insights"
We Are Apps is a leading developer of mobile and social media apps, in the past year gathering awards and accolades including '100 Greatest Apps Ever' by Apps Magazine and featuring in the recent Sunday Times' Best Apps in the World list. Ian will share the process his team goes through to produce such successful apps, something they have trialed again and again and, if there's time, run through a case study of these 10 key insights in action.

Having graduated in IT & Software engineering Antonio worked for 2 years in consulting.This soon got pretty boring and he started developing and testing iPhone apps in order to find the winning formula.In May he launched his own business, TvShow Time, the app for TV show fans using all the learning he’s acquired when launching his previous 5 apps which all made the top 25 in the app store.

Simon is a partner in Kingsley Napley's Corporate and Commercial team, specialising in IT / IP Law. In recent years both IP and IT have been evolving faster than the legal frameworks that regulate them, which makes an exciting but demanding area of law, as the conventional legal concepts are adapted to cope with new media and new concepts of intellectual property

Simon is well known and highly respected in this complex field of law, and acts for IT providers, ISPs, Domain Name registrants and web designers. He also acts for users, providing legal advice to both the IBM Computer Users' Association and SOCITM.

Dr Ben Medlock is the Co-founder and CTO of SwiftKey, one of the all-time best selling Android apps, and winner of the Mobile Premier Awards best app 2011.  Ben's team use cutting edge artificial intelligence and machine learning technologies to enhance text entry on mobile devices.

Ben developed his expertise in this area during eight years of computer science research, culminating in a PhD from the University of Cambridge. He has reviewed for a number of prominent academic journals, and he has multiple publications in ACL, the leading conference for research into applied natural language processing.

Ian is the co-founder and Managing Partner of We Are Apps. He has spent 14 years working in advertising and marketing agencies, focusing on digital communications since 2001. Before setting up We Are Apps he was the Digital Creative Director of one of the UK’s leading independent advertising agencies, creating campaigns for brands including Continental Airlines, Ford, HSBC, Royal Mail and Tesco to name a few.
We Are Apps was set up to help brands and creative agencies integrate smartphone marketing into their strategies by offering consultancy, design, development, promotion and ongoing analysis.

Recent successes include taking a client’s existing one-star rated app and transforming it so that it’s now consistently rated four and five stars by users. The agency will also be handling a major social networking app launch next year.

Are you organizing Startup Masterclass: Best Practice in Mobile App Development and Marketing?

Are you an organizer of Startup Masterclass: Best Practice in Mobile App Development and Marketing ? 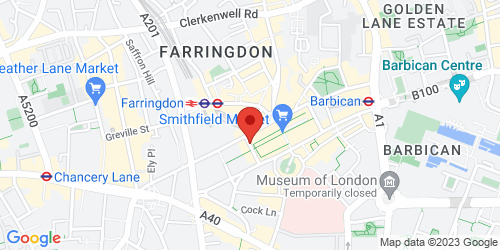