Learning a new language is one of the best things a developer can do to broaden their experience and adapt different approaches into their work.  The greater the difference in language principles and syntax, the more you can benefit.  Learning a functional programming language can also help you make more of the current trend of multi-core CPU architecture.

Clojure is a new functional programming language for the Java platform and yet based on one of the oldest languages still in use, Lisp.  Clojure in my humble opinion is one of the most beautiful languages I have used.  Its simplicity of syntax & design approach makes it a really powerful general purpose language.

Using the concept of REPL driven programming, I will introduce you to the concept and syntax of the language.  I'll also cover the key tools and libraries that help you develop applications quickly and effectively.  Topics include:

Maybe some graphics fun with Quil if there is time!

This session is suitable for anyone who is a developer, or studying to be a developer.  Whilst comparisons will be made to the Java language, tools & ecosystem, Java is not a pre-requisite to discover Clojure.

This event is being held in the Darwin B15 Lecture Theatre at UCL, Gower Street, London, WC1E 6BT. The entrance is on Gower Street - http://www.ucl.ac.uk/find-us/?locationID=15

Refreshments are kindly being sponsored by Retrospective - http://www.retrospective.centeractive.com/

This event is kindly being sponsored by:

Are you organizing Clojure for Java Developers?

Are you an organizer of Clojure for Java Developers ? 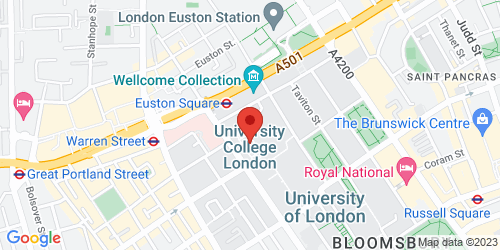