We are pleased to announce the first LLVM Cauldron, to be held on Thursday September 8th 2016 in Hebden Bridge, UK. This is the day before the GNU Tools Cauldron being held at the same venue, so we hope to take advantage of the high concentration of compiler enthusiasts and to encourage lots of cross-pollination between communities.

This will be a one-day conference with a single talks track and a space for breakout sessions, birds of a feather, and potentially tutorials. The meeting is free to attend and open to anyone whether a hobbyist, from academia, or from industry, and regardless of previous experience with LLVM.

The conference keynote will be delivered by Andy Wingo, maintainer of the Guile Scheme implementation and committer to V8 and SpiderMonkey. His talk will focus on compilation using persistent data structures, a technique used in Guile's intermediate language.

Much like the LLVM Developers' meetings, we believe the event will be of particular interest to the following people:

Active developers of projects in the LLVM Umbrella (LLVM core, Clang, LLDB, libc++, compiler_rt, klee, dragonegg, lld, etc).
Anyone interested in using these as part of another project.
Compiler, programming language, and runtime enthusiasts.
Those interested in using compiler and toolchain technology in novel and interesting ways.
This inaugural LLVM Cauldron will form part of the Wuthering Bytes technology festival in Hebden Bridge in the UK. Situated at the heart of the UK's "Northern Powerhouse", Hebden Bridge is roughly equidistant from Liverpool, Manchester, Sheffield, Leeds and Bradford. The Wuthering Bytes festival is a 10 day celebration of all things technological that are free and open source.

Are you organizing LLVM Cauldron 2016?

Are you an organizer of LLVM Cauldron 2016 ? 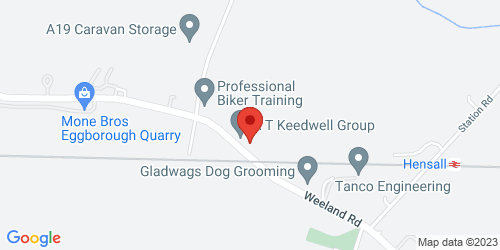