Getting there from here: Java, Scala and Service Orientation at the Guardian

Getting there from here: Java, Scala and Service Orientation at the Guardian

Technical leaders within the Guardian will provide a snapshot in thelife of the codebase of one of the UK's most popular news websites. Each day www.guardian.co.uk produces hundreds of articles, pictures, videos and podcasts that are read and enjoyed by millions of people. Currently we are in the unique place of having a hybrid Scala and Java codebase and being in the middle of a migration from a monolith architecture to one that is more service-orientated.

Our current position creates some interesting dilemmas in how we choose to implement things, some parts of the system are a tradition Spring/Hibernate/Oracle stack while other parts are pure Scala and there are other flows that alternate between Scala and Java.

-Michael Brunton-Spall, technical lead of the Guardian's Content API will be talking about pragmatic application of function programming principles.

-Robert Rees, technical lead of the public-facing website will be explaining how the code base is divided between Scala and Java, go through some of the decision making processes of how and where we make changes to the code and also offer practical advice about using the Google Guava library to do functional programming in Java.

-Phil Wills will be closing out the talks by giving the architectural roadmap as to how we are transforming our application.

This talk is aimed squarely at senior, experienced practioners: lead developers, architects and team leads. We'll be talking about strategy, pragmatism and the realities of dealing with a big code base with a huge global audience. However it might well appeal broadly to
people who are interested in digital media and distributing content on the internet as well as Guardian fans who are curious as to how we actually get their daily news to them.

Phil Wills: Phil is a software architect at the Guardian who has spent long enough eating his own dog food to realise that it's not always someone else's incompetence that leads to an imperfect solution. Phil firmly believes that architects should regularly get their fingers dirty in code and hacks some Scala whenever he gets the chance.

Robert Rees: Robert is currently a development manager at the Guardian and has been a startup founder, agile consultant and SMS billing subject matter expert. Currently he is responsible for breaking the Guardian website every fortnight. He loves the opportunity to work in news and driving games.

Michael Brunton-Spall: Michael is the Developer Advocate for the Guardian. He has worked at the Guardian for five years now, helping to build and scale the website. He has helped setup and run the platform team that managed internal, behind the scenes, performance and scalability issues. Michael is now the Tech Lead for the Guardian Open Platform which ensures that he doesn't have to inflict his code on people very often anymore. He also speaks at conferences, organises conferences, supports users of the API's and plays various board, card, tabletop and computer games.

18:30: Doors Open
19:00: 'Getting there from here: Java, Scala and Service Orientation at the Guardian' presented by Michael Brunton-Spall, Robert Rees and Phil Wills (three 30 minute talks) Also lightning talks between the main talks - subjects to be confirmed asap
20:30: Networking at the IBIS

This event is being held in the Medical Sciences AV Hill Lecture Theatre at UCL.

The lecture theatre is in the Medical Sciences Building which is found at the very end of Malet Place, off Torrington Place.

Are you organizing Getting there from here: Java, Scala and Service Orientation at the Guardian?

Claim Getting there from here: Java, Scala and Service Orientation at the Guardian

Are you an organizer of Getting there from here: Java, Scala and Service Orientation at the Guardian ? 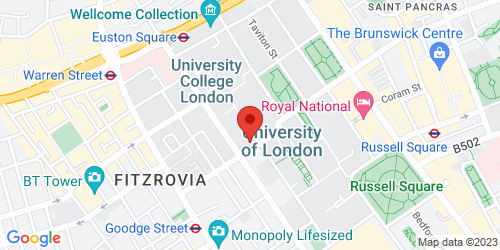