Although living systems compose a large part of the world around us, they still remain elusive to a comprehensive and consistent mathematical model. In particular, the underlying mechanisms of life remain poorly understood across all scales of biological organization. Meanwhile, technology is providing us with a massive influx of data, which includes online social systems. Although social data is produced mostly within a single level of living systems, can it be used to understand biological organization at different levels?

A large movement within complex systems science aims to determine just that. Using data from a massive online multiplayer game called League of Legends, this project explores the strengths and limitations of using technological data to understand living systems in general. The interactions between players and the game developers, as well as interactions amongst the players themselves, result in emergent strategies that change in seemingly unpredictable ways over time.

This project focuses on one type of interaction amongst players, between two types of players: Players who only play a single character and players who play any character to win matches. The dynamics of the two groups’ win-loss outcomes in part determines which strategies are most successful at any given time, which can be interpreted as a distributed computation. A new framework for analyzing systems, including living ones, is introduced as a baseline for future discussion of interpreting massive amounts of data. The framework serves as a mental bridge towards traversing the space from the well understood laws of physics and the mechanisms that drive living systems.

Speaker Bio:
Alyssa Adams, PhD currently works in data science at Veda Data Solutions to make sense of large amounts of data, understand the mechanisms behind its creation, and generate models to understand systems as a whole. I finished my PhD in Physics last December but had been working with large data sets throughout my graduate studies. Mainly I had studied computational models such as cellular automata, but also studied Boolean networks and machine learning as a Microsoft Research Intern. All these studies support my interest in analytically understanding the basic principles of systems with many interacting components. This way, insights can be gleaned from data in a deeper way to create more insights for social change.

American Family is the sponsor for the food for this meetup. Hortonworks is sponsoring a round of drinks after the meetup.

Are you organizing League of Legends: A Factory of Successful Strategies using Game Theory?

Are you an organizer of League of Legends: A Factory of Successful Strategies using Game Theory ? 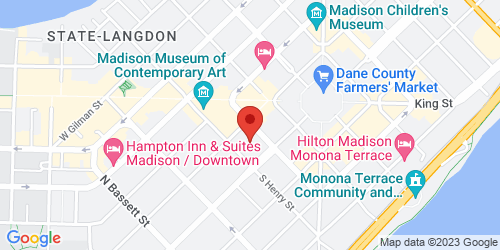