Jobs To Be Done

The next edition of ProductTank Amsterdam will be about Jobs To Be Done. This is a framework that can be seen as a replacement or an addition to personas and user stories. During this evening, we'll learn more about the framework and how we can apply it.

This edition is hosted and sponsored by Usabilla.

Janet comes from Silicon Valley where she was part of three startups: one went public, one was acquired by eBay/PayPal, and one crashed and burned. Through these experiences, she learned not only the importance of developing a product based on customer needs but the ins and outs of how exactly to take customer feedback and turn it into a functional requirements document that can be built.

While in Silicon Valley, she also worked at Strategyn, the consulting firm of Tony Ulwick.  Tony created "Outcome Driven Innovation" which went on to become "Jobs To Be Done" theory which Clayton Christensen popularized.  Tony is the author of several books on the subject, including What Customers Want  and Jobs To Be Done: Theory to Practice along with several HBR articles including Turn Customer Input Into Innovation and The Customer-Centered Innovation Map.  Janet and Tony worked closely together for two years executing client projects utilized the Jobs To Be Framework.

Evelien Al is the user researcher at Firmhouse, a company that develops tools for experimenting faster and building businesses that last. Before this she worked as a user researcher and developer on several cutting-edge technology projects addressing wicked problems. She has a background in psychology, neurosciences and tech.

A year ago she started conducting Jobs to be Done research for customers of Firmhouse and for their own products, and they have since been making it more and more part of their process. In her talk she will tell more about the challenges of doing so, how it has taught them to think differently about their customers, and what they have learned about making Jobs to be Done research work.

Are you organizing Jobs To Be Done?

Claim Jobs To Be Done

Are you an organizer of Jobs To Be Done ? 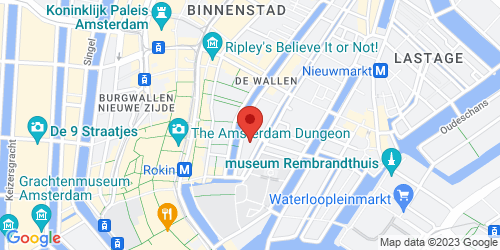