This year's Entelect Challenge has been launched! The challenge is a yearly competition for professionals, students, and enthusiasts where the goal is to develop an intelligent bot to win the game, and ultimately part of R[masked] in cash. This lightning talk will introduce this year's game theme, the game dynamics and rules, the tournament format, and demonstrate how to get started with coding an intelligent bot from the starter pack. Some members of the challenge team will also be available to chat at this event.

Edwin is currently working at Entelect as an Intermediate Software Engineer. He has a keen eye for user experience design and is passionate about full-stack development. He started at Entelect as a graduate in January 2016 and has since then worked his way into a trustworthy role on his team. Edwin also helps to run the Entelect Challenge and volunteers to help update some of the internal projects at Entelect. When he doesn't work, Edwin likes to spend his time outdoors, drinking fine wine, playing board games and solving puzzles.

In this talk we’ll explore the Kali Linux toolset and show you how to break into a WPA2 secured wireless accesspoint, live on stage.

First we’ll take you over how to capture a wireless client’s handshake, then we’ll show you how extract the hashed passphrase and finally how to crack that hash to reviel the passpharse itself.

As a side act we’ll also show you how to jam wireless networks and even target specific users.

You’ll will leave this talk with a deeper understanding of the problems with our current[masked] WiFi standards, why cracking them is much harder to pull off than you would have thought, and hankering to change your WiFi password then you get home!

Gerard holds a Master’s Degree in IT from the University of Pretoria, is a member of Mensa and has consulted for the likes of Standard Bank, Nedbank, MTN, De Beers & Experian. He’s also worked on both the FNB and Barclays (Absa) mobile banking Apps on the Apple iOS platform.

With over a decade’s experience building information systems in the banking sector, Gerard has created and lead teams for multiple big budget projects in the UK and South Africa. Gerard is a citizen of both the Netherlands and South Africa.

ASP.NET Boilerplate is an open source template that gives you a jump-off point for developing an enterprise-ready web application based on popular frameworks and good, domain-driven, practices. This talk will discuss the architecture of the application, and drive into each layer in an attempt to convince you to consider the template for your next project.

Andre Odendaal manages the operations at the Microsoft AppFactory in Johannesburg, mentoring interns and coaching start-up companies on the ownership of software. He has spent many years on the Microsoft tech stack development applications for both web and Windows platforms. Andre has a Master’s degree in Software Engineering and is a hobbyist game developer making board games and computer games.

If you are new to the group, read our monthly meeting FAQ to answer some common questions (http://www.meetup.com/DeveloperUG/pages/Monthly_Meetings/). 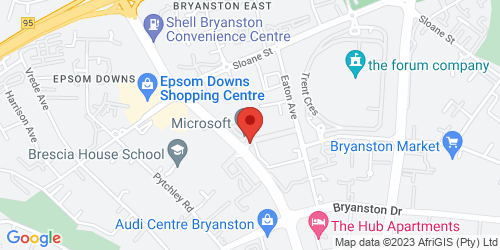