Kicking off the new year, we will be featuring previews of 3 talks that will be presented at Interaction 14 in Amsterdam:

● Jonathan Rez will be presenting his talk, UX and the City, on lessons learnt from designing experiences within built  environments, in his work with urban planners and architects.

● Jason Mesut will present Bridging the Physical-Digital Divide, about how Physical Industrial Design and Digital Interaction Design can work closer together to create a better future for the emerging age of connected devices.

● Ian Fenn will talk about Designing without users, some pragmatic approaches to designing effectively when you’re denied access to users.


We'll be meeting again in the lovely loft space at Seren, with nibbles and drinks thanks to Futureheads. As always, the evening will encourage a lot of discussion and interaction across emerging IxD topics -- we hope you can join us and add to the fun!


Need more detail? Here's the low-down on the 3 speakers and talks:

Jonathan is an interaction designer who develops engaging, user-friendly experiences and services within digital and built environments. Jonathan started designing user interfaces for dot-com startups while still at university, where he attended a cross-disciplinary design program which focussed on graphics, products and spaces. His first commercial work out of uni was an interior design project for a Jim Beam themed bar – a design which won a competition for its consideration of customer flow and its use of the space.

This project crystallised his fascination with the interplay between design and psychology, an interest which continues to shape his career. A few dozen website designs and many whiskeys later, he found himself working with urban planners and architects to improve the experiences people have as they traverse and use complex physical spaces, such as hospitals, university campuses and urban districts. Jonathan holds an MA in Creative Practice for Narrative Environments. He is a sessional lecturer at the University of New South Wales in Australia where he wrote the course Visual Identity in the Built Environment. He is a regular guest speaker at universities and presents at conferences.

UX and the City

We live in a predominantly physical world. In our daily lives we traverse urban environments and have interactions within tangible spaces. These spaces are comprised of physical landscapes, which are inundated with 2D and 3D elements – the lexicon of the city. Careful choreography of such elements ensures that environments communicate information, express meaning, influence our experience and shape our behaviour on a daily basis.  The experiences we have within the physical realm are designed by architects and urban planners. Compared with these venerable professions, which have accumulated wisdom spanning millennia, UX is but a toddler. It runs around skilfully, but has much to learn as it matures. In this presentation I will share some of the lessons I have learnt along the way, while working with urban planners and architects, to create and improve human experiences in the built environment.

Specifically, I will touch on…

• How such projects are typically approached and what are helpful methodologies

• I will share anecdotes from projects I worked on to help bring to life learnings which will be relevant to the IxD community.

Jason is one of the local leaders of IxDA London. He is also a trained, but frustrated and failed, Industrial Designer. He deserted his hardware roots to exploit the amateur world of digital as it grew in the late nineties, but deep down he has always hungered for more opportunities to design physical products. Recently, Jason has been returning to his roots by joining Product Strategy consultancy Plan, where he advises a range of high profile clients to help them work out what to do next across physical and digital products and services.

After several months secretly stressed 'on the bench' Jason has been asked to cover for one of the speakers as they cannot make Interactions 14. He badly needs your help to boost his confidence, critique his arguments and evolve his thinking around the Physical Industrial Design and Digital Interaction Design working closer together to create a better future for the emerging age of connected devices. Based on a range of interviews with experts in the field, and his own experience he will outline why this is critical to our futures, the challenges we face, and the opportunities for progress.

Topics that he hopes to cover (dependent on time) include:-

• The disparity in quality with hardware and software on connected devices

• The similarities and differences between Industrial Design and Interaction Design practitioners, practices, and approaches

• Different ways that the disciplines can come together

Ian designed his first digital interface in 1988 at the University of Surrey, but it wasn’t until eight years later that his formal UX career began with work for the UK’s first digital agency, Intervid. There he contributed to the ground-breaking launch of RealVideo, the world’s first cross-platform solution for delivering real time video over the Internet.

For the past seven years Ian has worked as an independent UX consultant for everyone from startups to major corporates. Clients such as BT, Virgin Media, and agencies such as M&C Saatchi and Conran Design Group have recognised his ability to consistently exceed project targets through intelligent and thoughtful interaction design.

In this talk, I'll explain ways in which you can still get users into your design.

Are you an organizer of Interactions14 pre-dux - featuring Jonathan Rez, Ian Fenn, and Jason Mesut ? 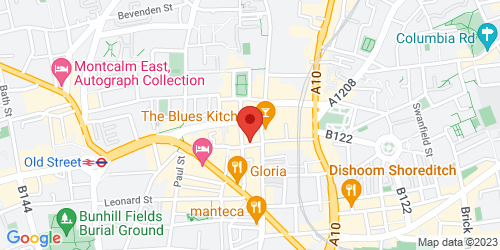