Update: Good news! Devin Conathan volunteered to talk about generators for the second half of the meeting. Generators are a really useful python feature if you’ve never used them: it is a function that behaves like an iterator, i.e. it can be used in a for loop.

Original event description:
Our next meeting is going to be a discussion and Q&A about agile software development practices, specifically pair programming. The purpose of the meeting is to introduce people to pair programming who have never done it before, and hopefully convince everyone to give pair programming a try at our upcoming Pair Night to be held at Industrious. I have some ideas about what I think would be fun to do that I will share, but I also want to get feedback from the group about what would be the most beneficial to the most people.

I won't spend the whole time talking about pair programming, and for the second half of the meeting, I will dig in the Madpy suggestion box, and answer some of the suggestions. We've gotten two related suggestions for good meeting content:

* Useful but less-known Python language features.
* Important Python libraries to know about (with code examples), both standard library and third-party.

I'll round up some demos of less-known Python language features and/or useful packages, and hopefully show you something that comes in handy some day. If you have a useful language feature or package you can show off in a few minutes, get in touch with me on Slack or send me an email.

P.S. Don't forget to add your suggestions to the suggestion box here: bit.ly/madpy-suggestion-box

Are you organizing Introduction to pair programming?

Are you an organizer of Introduction to pair programming ? 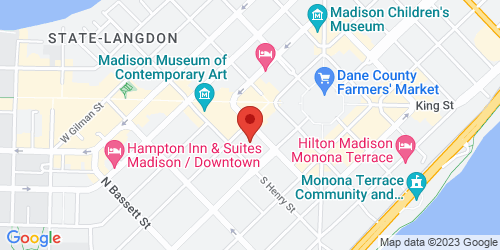