Dr. Justin Eichel started working at Miovision in 2014. He currently holds the title of Technical Director and is primarily responsible for research and development, which includes computer vision and machine learning, video compression, and advanced traffic sensor design. He has presented scene understanding research at ICIP 2015 and CVPR 2014 and is currently leading the efforts to construct the largest traffic dataset in the entire world.

Before working at Miovision, Justin worked as an independent technology consultant and contractor. He won three international industrial awards on behalf of a Toronto based company he represented through the design and development of his infra-red tracking system applied to the film and entertainment industry; International Association of Broadcasting Manufacturers 2012 Game-Changer Award (Las Vegas), PLASA 2012 Gold Innovation Award (London, England) and the PLASA 2010 Innovation Award (London, England), He is also listed on five patents related to his consulting work [masked]). During his undergraduate degree, he studied control theory and now owns a patent (2008) related to swarm helicopter control and is currently filing a second application on related work. In addition to his industrial work, Justin completed his PhD for medical image processing and statistical corneal modelling with the Vision and Image Processing Group at the University of Waterloo. During his time he has published eight referenced conference papers, including ECCV 2010, BiOS 2011 and SPIE 2011, and one journal paper in PloS one. Dr. John van Pol is the Co-Founder and CEO of Ingu Solutions, a Canadian company that offers a unique way to measure flow dynamics in pipelines and industrial installations while at the same time providing information on pipeline integrity.

John’s passion for new and unprecedented ideas has shaped his 20+ year career in science and technology. He is driven by a goal to deliver innovative, market-oriented solutions to solve the globe’s most pressing social, commercial, and industrial problems.

In 2008, John founded INCAS³, a Netherlands based private research institute and sister organization to Ingu Solutions. Prior to INCAS³, John served in general management positions within the telecommunications industry as well as in higher education. John holds a degree in physics from Eindhoven University of Technology and a doctorate in nuclear physics from the University of Groningen. He is also chairman of the Netherlands-Canada Chamber of Commerce, and in that role is responsible for the promotion of trade, investment, industry, commercial services and cultural affairs between Canada and the Netherlands.

This event is brought to you by:

Are you organizing Internet of Things Waterloo meetup - June 14th 6:30pm @ The Berlin?

Are you an organizer of Internet of Things Waterloo meetup - June 14th 6:30pm @ The Berlin ? 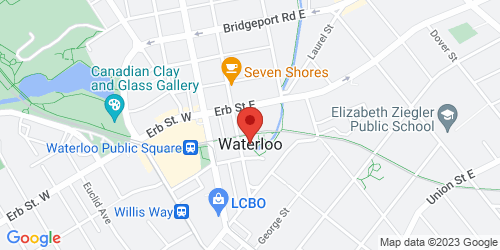