Hugh Hind Co-founder and CEO of Cognitive Systems Corp. has a PhD in mathematics from Cambridge and a master’s in electrical engineering from the University of Waterloo.

Cognitive Systems Corp. is one of the first investments from the Quantum Valley Investments technology fund and Hugh will tell us what it’s like to recently come out of “stealth mode” with a system that reinvents the way consumers can use wireless spectrum.

Hugh has extensive experience in technical and executive management in the wireless communications field. He also brings an in-depth knowledge of RF design and cellular wireless protocols, including 2G, 3G, LTE, WiFi, NFC and Bluetooth. Lara Swift , Co-Founder, and COO at Swift Labs Inc. has a Masters of Engineering from the University of Waterloo. Lara has led various new product development strategies. Most recently, she was Director of Product Delivery at BlackBerry, instrumental in commercializing RIM’s first internally developed modem. Lara formed world-class test teams and processes that positioned BlackBerry as an early leader in the emerging smartphone market.

Swift Labs focuses on Wireless Technology, specializing in M2M, IoT, mobile and wearable products. They offer development and performance testing, pre-certification, managed regulatory & compliance services, carrier acceptance testing and hardware engineering. Lara will tell us the story of Swift Labs and how their expertise is a huge benefit to our region.

Are you organizing Internet of Things Waterloo meetup - Feb 25th 6:30pm @ The Boathouse?

Are you an organizer of Internet of Things Waterloo meetup - Feb 25th 6:30pm @ The Boathouse ? 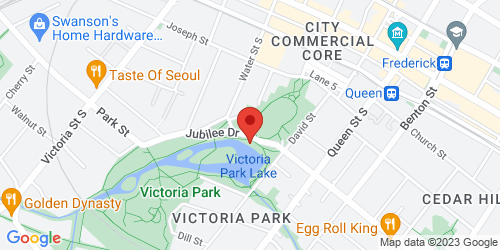