Check time in your timezone
Your timezone is: Europe - London Mon, 02 Jun 2014 4:45 PM BST
Add to Calendar
Google Calendar
iCal
Outlook
Yahoo Calendar
With London 2012 and the Royal Baby, Brand Britain has never been so popular! Capitalise on this trend and take advantage of the massive business opportunities in international markets.
Did you know that only one in five small businesses in the UK exports? Yet those that do are much more likely to survive and grow. International expansion can make all the difference to your business and there is considerable demand for British products and services abroad.
Going Global brings together a panel of pioneering entrepreneurs who are flying the flag for Brand Britain and have successfully penetrated global markets. If you are a business owner with big ambitions, come along and make the most of this unique chance to quiz our panel about how to take advantage of export opportunities in overseas markets, including Continental Europe, the USA and China.
The panel discussion will be streamed live from the British Library in London, after you’ve heard from local entrepreneur Jules Quinn (The *Teashed) in Newcastle. Plus, you can put your questions to all speakers and network with other local business owners.

Jules QuinnThe *Teashed is a design-led tea and homeware company, born and brewed in Britain. Launched in 2011 with global ambitions from the offset, their products are available in over 150 high-end retails outlets in the United Kingdom and are also sold across the world, including in Japan and Taiwan. Founder, Jules Quinn came up with the idea whilst studying at Northumbria University and has gone on to achieve global recognition, including appearing on CNBC’s ‘Brilliant British Entrepreneurs under 30’ list.
Lord Bilimoria CBEIn 1990, Lord Bilimoria developed a premium lager, brewed to appeal to both ale drinkers and lager drinkers alike, Cobra. Since then, Cobra has grown into a giant operation, which exports to over 40 countries and has offices across the world. In 2009, Cobra Beer entered into a joint venture with Molson Coors, the largest family owned brewer in the world.
Lord Bilimoria became a member of the House of Lords in 2006 and he is the founder and president of Zoroastrian Chamber of Commerce and founder and Chair of the newly formed Zoroastrian All Party Parliamentary Group. He also holds a number of directorships and sits on the boards of Booker Group plc (food wholesaler) and BHL Group (home and leisure products).
Sian Sutherland, Founding Partner & CEO of Mama Mio and Mio SkincareAfter creating a new beauty category with their maternity skincare brand Mama Mio 8 years ago, Sian has recently launched their second brand, Mio, another first in beauty, focused on the fitness market. Their approach has always been to behave differently as a beauty business; giving their ‘fit skin for life’ brands a distinctive and very approachable personality developing a unique position in the skincare market.
A serial entrepreneur with a varied background in advertising, restaurants, film production and brand creation, Sian was an early winner of the National Magazines’ Entrepreneur of the Year for her first business, British Female Inventor of the Year and received the coveted CEW Achiever Award in 2010.
Mama Mio and Mio Skincare export across the globe, including to Norway, Ireland, Croatia, Spain, United States and Canada.
Will Butler-Adams, Managing Director of Brompton BicycleSince beginning full time production in 1988, Brompton, with its famous folding design, has revolutionised the global bicycle industry.
Over the last twelve years, Will Butler-Adams has transformed them from a niche London bicycle company to the UK’s biggest bike-maker. Brompton now make over 52,000 bikes per year and employs approximately 230 workers.
All Bromptons are designed and built in West London and are exported to more than 44 countries, including France, Germany, Israel, China, Japan and Australia. 80% of Bromptons sales now come from overseas.

Are you an organizer of Newcastle Screening: Going Global ? 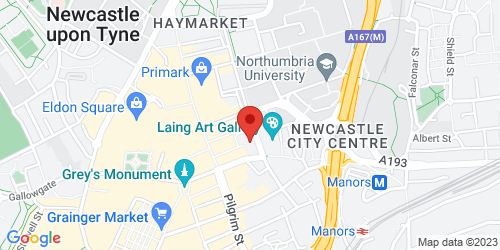